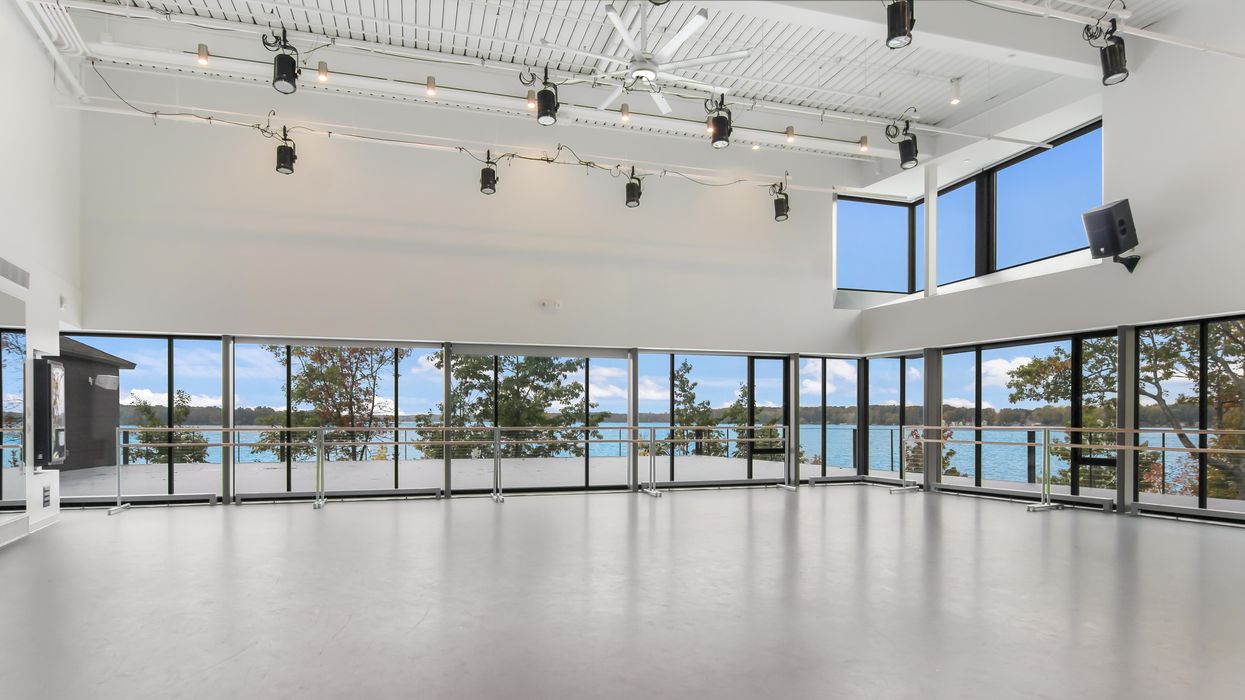 Sponsored by Interlochen Center for the Arts
November 1, 2021

After months of practicing in a cramped space at home, young dancers have dreamed of training in a spacious, airy studio. And when the facilities are as resplendent as the brand-new dance center at Michigan’s Interlochen Center for the Arts, everyday technique class is to be savored.

The recently renovated and vastly expanded 26,000-square-foot Dance Center at Interlochen is now a world-class facility on par with those of premier conservatories and professional companies. Joseph Morrissey, Interlochen’s director of dance, says a lot of careful thought went into the architecture: “This could not just be a building that dance is going to go into. This is a building that is made for dance.” To build the best facilities for his students, Morrissey sought out Flansburgh Architects, the group behind the beautiful Perles Family Studio at Jacob’s Pillow.

The northern section’s three bright, cavernous studios are a dream, boasting 16-foot ceilings and an uninterrupted space that is devoid of columns—a luxury for studios of this size. Additionally, each studio features eight-foot-tall windows looking out onto Green Lake and beautiful Michigan woods. “We were rehearsing Swan Lake last year and the scenery was right there behind the dancers,” Morrissey recounts. “Just look to your left, and you really were dancing on Swan Lake.”

​A Central Hub for Dance

Interlochen’s upgrade doesn’t stop at the studios; the school renovated its whole dance center. The Nancy Hoagland Wing is a central hub for student dancers, with modern locker rooms with showers and a comfortable lounge to rest and work in between classes. With multiple studios and abundant space, all Academy and summer Arts Camp programs now operate from this central location, with the ability to run separate rehearsals and classes simultaneously.

Ava Blain, Interlochen Arts Academy third-year student, knew she wanted to prioritize her dance training alongside her high school education. “I love the balance of arts and academics here at Interlochen,” she says. “The academic teachers are all very understanding. They know you are devoted to your art, and work to integrate academics harmoniously.”

At the Academy, classes are divided into two blocks: an academic block and an artistic block. Around 8:30 am, Interlochen Academy students start their academic classes, consisting of high-school level courses like English, math, science, history, and either Spanish or French. Following a morning of academics, the dance students have a break to get ready for their artistic block of classes at the Dance Center. Dance majors take a mix of classical ballet technique, contemporary, pointe, dance conditioning and repertoire, as well as rehearsal.

Fourth-year Academy student Taylor Jones, of New Jersey, didn’t always picture herself at Interlochen. In fact, she didn’t necessarily see herself going out of state for high school, but she knew she wanted to seriously study dance. After looking at other performing arts high school programs and self-reflecting, Interlochen rose to the top of her list: “When it came down to it, Interlochen was the best fit for me, both artistically and personality-wise, considering all of our incredible teachers and performing opportunities.”

Jones admits that she’s always been pretty independent, but, of course, moving away from home at 14 years old was still an adjustment. “The community here at Interlochen made it easy to adjust to the culture,” she says.

Jones says she’ll always remember rehearsing and performing her first full-length ballet, Swan Lake, at Interlochen and then taking it on tour. “Having the experience of being able to do so much in one performance at 14 is mind-boggling,” she says.

Outside of technique classes and performances, dance majors are a part of Interlochen’s larger ecosystem of young artists, which includes majors in creative writing, film and new media, interdisciplinary arts, music, theater, and visual arts. “I feel inspired being around such creative energy every day,” says Blain. “You get the opportunity to explore other art forms through your friends, which is really unique.”