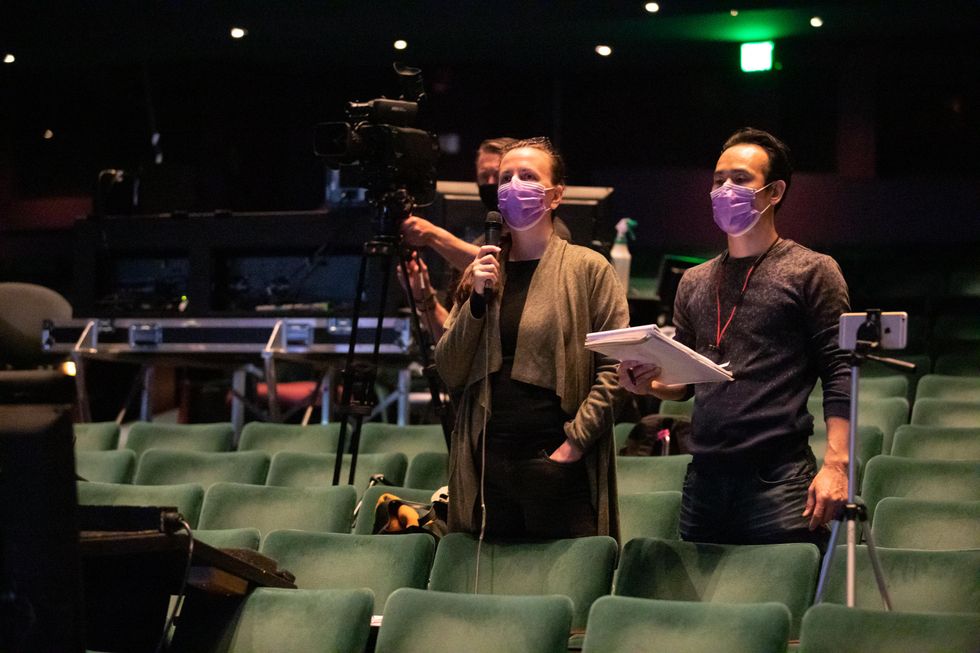 Each time Pacific Northwest Ballet artistic director Peter Boal called choreographer Jessica Lang last year, he worried that she would slam down the phone. If Lang had chosen to abandon her commission to create an onstage ballet during the pandemic, he says, he wouldn’t have blamed her. Every call came with a new COVID-19–related restriction: […] With Broadway dark and the Tonys postponed for the foreseeable future, musical theater lovers could definitely use a bit of good news right now: Smash, A New Musical, based on the cult-favorite television series, is headed to Broadway. “Smash,” which aired for two seasons on NBC, followed the cast, crew and producers of the fictional […] With the circumstances created by the pandemic changing from day to day, looking to the future right now can feel particularly fraught, if not downright farcical. But in the face of so much uncertainty, pausing to celebrate the good news when it comes is as important as it’s ever been. Here are the latest promotions […] The Music, Books and TV Shows Getting Sara Mearns Through Quarantine

Sara Mearns is usually everywhere. If she’s not dancing with her home company, New York City Ballet, she’s working on musical theater projects with her husband Joshua Bergasse, commissioning work from downtown choreographers, embodying modern masters like Cunningham and Duncan, collaborating with hip-hop artists or guesting at the opera. And when she’s not dancing, she’s […]

The 2019 Dance Magazine Awards are here! A tradition dating back to 1954, the Dance Magazine Awards have long celebrated living legends who’ve made a lasting impact on dance. These days, we go even further with our recently added Chairman’s Award for distinctive leaders behind the scenes, and Harkness Promise Awards, a grant for innovative […] Sara Mearns is a force. There is a monumentality to her dancing that was apparent even as a young corps member of 19, cast in her first Swan Lake with New York City Ballet. She threw herself into the role heart and soul, stretching each shape to the limit, trusting the music to carry her […] Back in 2011 when Joe Lanteri first approached Katie Langan, chair of Marymount Manhattan College’s dance department, about getting involved with New York City Dance Alliance, she was skeptical about the convention/competition world. “But I was pleasantly surprised by the enormity of talent that was there,” she says. “His goal was to start scholarship opportunities, […]