Jennifer Stahl is Dance Magazine's editor in chief. A former senior editor of Pointe, she has also written for The Atlantic, Runner's World and other publications. She holds a BFA in dance and journalism from New York University's Tisch School of the Arts, where she danced work by such choreographers as Karole Armitage and David Dorfman. As a dancer, she's performed for Peninsula Ballet Theatre, Israeli choreographer Gali Hod and Cirque du Soleil's 25th-anniversary celebration. She has also served as a judge for the Capezio A.C.E. Awards, on the panel of the New York City Dance Alliance Foundation and as an adjudicator for the American College Dance Association. In 2018, she was an invited speaker at the Women in Dance Leadership Conference.

Raymond discovered his earliest dance inspiration in print in the photographs of Barbara Morgan, specifically her collaborations with Martha Graham. As an art and creative director he has been recognized with numerous awards. Raymond is an interdisciplinary artist, curator and cofounder of the contemporary art gallery Curious Matter.

A native of Floyds Knobs, Indiana, Madeline studied ballet at Southern Indiana School for the Arts and was later introduced to modern dance by Bill Evans. While completing her BFA in Dance Performance and Choreography at Ohio University’s Honors Tutorial College, she was cast in a historical reconstruction of Alwin Nikolais’ Noumenon celebrating the 100th anniversary of his birth. As an avid dance videographer and editor, she has worked on video projects for Bates Dance Festival and the Regina Klenjoski Dance Company in Southern California. She later served as a marketing and education manager for Lar Lubovitch Dance Company. She is currently the managing editor of Dance Magazine and Pointe. 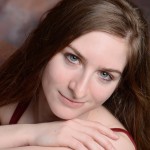 A native of Lafayette, Louisiana, Courtney danced with Lafayette Ballet Theatre before matriculating to New York University's Tisch School of the Arts, where she graduated with a BFA in dance. She has performed in works by Karole Armitage, Netta Yerushalmy, Septime Webre, Vita Osojnik, Cherylyn Lavagnino, Giada Ferrone and Fairul Zahid, among others. She continues to take class, create and perform in the city.

Suzannah Friscia
Assistant Editor
Suzannah grew up in Brookline, MA, where she took ballet and jazz at her neighborhood studio, and developed a love for all things musical theater. At Barnard College, she explored tap and modern, and began to combine her interests in dance and writing. She graduated with a major in English and a minor in dance, writing a senior thesis on the role of dance in Jane Austen’s work. She has written about dance for various online and print publications. 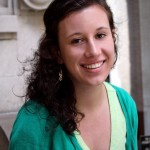 A native of the Outer Banks of North Carolina, Lauren is a graduate of Barnard College with degrees in Dance and English. She has performed works by Annie B Parson, Mark Dendy, Reggie Wilson, and Karla Wolfangle, and currently dances with e r a dance collective and TREES. While at Barnard/Columbia she choreographed and collaborated on several original musical theater works, among them the 120th Annual Varsity Show. She continues to pursue musical theater choreography and reviews dance for various online publications. 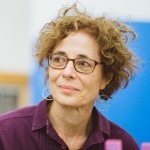 Wendy Perron
Editor at Large
Wendy danced with the Trisha Brown Company in the 1970s and has performed with many other NYC choreographers. Her own group, the Wendy Perron Dance Company, appeared at the Lincoln Center Festival, the Joyce, Danspace Project and other venues in the U.S. and abroad from 1983 to 1997. The documentary film Retracing Steps: American Dance Since Postmodernism profiles Perron along with seven other choreographers. She has taught at many colleges including Bennington and Princeton, has given lectures on dance across the country, and was associate director of Jacob’s Pillow in the early ’90s. In addition to serving as editor in chief of Dance Magazine from 2004 to 2013, she has written for The New York Times, The Village Voice, Ballet Review and Dance Europe. In 2011 she was inducted into the New York Foundation for the Arts’ Hall of Fame and was honored by Dancewave in Brooklyn in 2014. She has been artistic adviser to the Fall for Dance Festival and often adjudicates for Youth America Grand Prix and the American College Dance Festival. Currently she teaches a graduate seminar at NYU Tisch School of the Arts and performs occasionally with Vicky Shick. Her book, Through the Eyes of a Dancer, is a selection of her essays, memoirs, and reviews spanning 40 years.

Has Anyone Asked Artists What They Need?

Scared Your Company Might Close? These Artists Have Been Through It, And Have Some Advice

Female Choreographers Are Reimagining What Story Ballets Can Be

A Freelancer's Guide to Unemployment Benefits—and Other Financial Help

The Dance Performances That Have Gone Online