10 Movies That Should Be Made Into Broadway Musicals 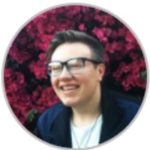 Producers just looooove turning hit movies into huge Broadway shows. From Legally Blonde to Hairspray to Billy Elliot, some of our favorite dancetastic musicals got their start on the big screen. So listen up, Broadway: Here are 10 movies that need to be turned into musicals ASAP.

Amelia Mignonette Grimaldi Thermopolis Renaldi is just waiting to take her Broadway bow. We can already envision the huge ballroom number before her coronation. (And please have Julie Andrews reprise her role!)

We’ve waited long enough! It’s time for High School Musical to make it to Broadway. Of course, any of the three films would make a great stage show, but there’s really nothing better than the original.

With choreography by Mandy Moore, of course! We are SO HERE FOR THAT.

Tell us this one’s on your list, Disney Theatrical Productions! You just need Christopher Gattelli to choreograph, and Tangled will be ready to go.

Crazy Rich Asians
is the romantic comedy of the century. All it needs is a little original music and choreo to make it stage-ready. Perhaps a rap song by Lin-Manuel Miranda for Awkwafina to perform?

Four words: Sing to me, Paolo! We’re seriously so on board for this—because there’s nothing like ending a musical which a huge, technicolor concert.

We’ve heard some rumors that this may already be in the works, but just a friendly reminder that The Greatest Showman deserves a home on Broadway. Obviously.

We can totally see this Grease– and West Side Story-inspired movie thriving on the Great White Way.

There’ve already been rumblings about this one becoming a musical, too, but Broadway has yet to be graced with its presence. Producers, let’s make it happen!