What It’s Like for This Dance Artist in Sydney, Surrounded By Australia’s Fires 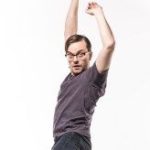 The effects of global climate change can feel abstract and far away depending on where we might live, but for many in the dance world, environmental catastrophe is already here. We spoke with Charemaine Seet, who danced for years with Doug Elkins and who now resides in Sydney, Australia, about how the recent, unprecedentedly devastating wildfires have affected her dance community.

How have the fires affected your daily life, and your dancerly life?

As a lifelong asthmatic, when the smoke haze descended on Sydney in November it became an immediate issue for me. I had to increase my asthma medication and buy P2 masks for when I went outdoors. I was suddenly monitoring the air quality every day using an app. There were two days that I was unable to go outside due to the air being deemed “very unhealthy.”

And the lungs of a dancer are as important as our legs. As with any other athlete, your lungs have to work at full capacity to move freely.

As bad as it was, most of the city was safe compared to the fire grounds, where tragically both people protecting their homes and volunteer firefighters were being killed.

There, of course, was an emotional side—the anxiety of not knowing when the fires were going to end. Knowing personally people in areas whose houses were directly in the line of fire. The damage to the environment and wildlife was heartbreaking. The widespread realization that the current government was not prepared for the immense fires throughout the country. There is even now an ongoing threat to the water supply.

As the director of a dance school, the smoke haze became a new health and safety issue. I had to consider whether to cancel classes on days when the air was unhealthy to breathe. I was concerned about dancers traveling to the studio having to breathe bad air.

There were days that we were dancing while the space outside was suffused with an eerie orange glow—the effect of the sun being blotted out by the smoke—that I thought to myself: I’m leading a dance class during the end times.

How has this affected the local dance community?

Bhenji Ra is an active member of the Sydney dance community. She specializes in voguing and performance art, and she taught a hugely popular vogueing workshop at my dance school. The region in the South Coast of New South Wales where she grew up was devastated by fires on New Years Eve. Bhenji’s family had to evacuate from the small town of Surf Beach. Since the fire, Bhenji has dedicated her life to fundraising for 10 families affected by the fires. She has been (as in her own words) “on the ground” supporting survivors, and reporting on the situation via social media.

In early December I was gripped by dispatches from Alejandro Rolandi, a dancer who specializes in contact improvisation. Rolandi posted updates about fires closing in on his cabin in the Hunter Valley including the day he evacuated. As many have, Alejandro defended his home courageously (for as long as it was safe to do so) using hoses and DIY sprinkler systems. There were videos of the bushfires licking at the edges of his property but amazingly his home did not burn. Since then, his time has been dominated trying to rejuvenate the land around his home.

Sonia van de Haar, artist and lighting designer for our dance concerts, traveled to Canberra (Australia’s capital city) in early January when temperatures rose to over 110 degrees Fahrenheit. She wrote to us:

“On reaching Canberra, the visibility was so bad we were unable to see more than about 50m. The city was deserted, not a soul on the streets… We could not open our windows because the air quality reading was the worst in the world, three times the next worst air quality rating, which was in Delhi, India. The shops had sold out of air purifiers, face masks, and portable air conditioners were scarce. After two days attending to some essential tasks we left again for the coast for fresher air, and to make sure we were not separated from our family members at the coast. Twelve hours later the roads we traveled were closed due to the further spreading of the fires.” 
What sorts of activism has the fire catalyzed?

One of the goals of my dance school is to empower young dancers to have a voice and consciousness regarding their own agency as artists. From as early as age 4, they improvise in every class they attend. When there are dancer concerts, they participate in creating the work.

In the past, I’ve led the dance school in annual “One Billion Rising” dance events which protest violence against women. The school’s philosophy is to treat the student dancers as active members of the artistic community.

This last year, before the worst bush fires, student dancers from the school stepped forward to join protests against climate change. One dancer, Laura Kirwan, who has been with me for 10 years, became a student organizer for School Strike 4 Climate, mainly working on local and Sydney actions. Another 10 year veteran of the dance school, Alia Ardon, has been making films documenting the climate protests in Sydney. What’s so great is that they have led me to the movement. It made me extremely proud.