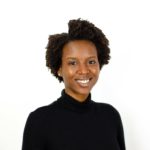 Can you remember the last time you thought of a clock when you heard the word “ticktock”? We can’t either. The TikTok app has brought new meaning to the word—and a new space for dancers to create and share the moves they’re making with the world.

TikTok has definitely evolved since it first launched in 2016—and living through quarantine brought droves to the platform out of pure boredom. But what’s remained true from the start is the popularity of dance-challenge videos. These “challenges” are less of a social competition to determine who is the best dancer, but serve as more of a call to the TikTok community to join in on the fun by recreating the movements they see. They typically follow a fairly standard format of simple, front-facing choreography, mostly consisting of upper-body movements that are usually fit for any beginner to learn.

Although the dance challenge “aesthetic” has undoubtedly fed the app’s popularity, there’s more going on in the dance world of TikTok. Some artists and choreographers are creating more than just viral challenges that turn with the wind. They are making works that aren’t meant to be duplicated (or, in proper TikTok terms, “duet”-ed), but instead stand alone as their own pieces of art, made specifically for the platform and to be appreciated as they are.

Lea Tucker and Emry Wride are two sisters who have mastered the art of creating a theater-like dance experience to be witnessed via your phone screen. Their dancers are often in full costume to give viewers the complete concept as it was visualized in their minds. With pure intention and emotion, they’ve showcased dancers—sometimes as soloists, other times in a small group—passionately bringing the lyrics from the soundtrack of the “Bridgerton” Netflix series to life through choreography that effortlessly communicates the message of each song.

When they joined: “We started using TikTok in January 2021. What drew us was definitely the #BridgertonMusical trend started by two extremely talented songwriters, Abigail Barlow and Emily Bear. We fell in love with the music, and it inspired us to start creating content on the app. In the beginning, the content was all ‘Bridgerton’-focused. Today, we’re branching out.”

The pros and cons: “The pros are how vast the audience range can be, and how quickly content can spread. People are very interactive, and creators are very collaborative on TikTok. The cons are how apparent view count is, and how the app values and rewards it. It can add unnecessary pressure to constantly produce viral videos.”

The inspiration: “During the pandemic, live performances stopped and TikTok provided a way for people to enjoy dance and theater safely. We were inspired to provide a theatrical experience through a screen and retell a story that so many people loved (‘Bridgerton’) through movement. We loved the Netflix series. After we heard one of Barlow and Bear’s songs, ‘Ocean Away,’ we knew that we had to choreograph to it. After we posted the first TikTok, the songwriters reached out, and from there we continued to collaborate through the app.”

The creative process: “First, we conceptualize and plan details, like dancers, costumes, etc. Then, we choreograph on the spot when the dancers are in the studio, which can take three to four hours. Right after learning the choreography, we begin the filming process.”

The payoff: “We’ve been able to connect with people all over the world, and also have been fortunate enough to have been interviewed and featured by a multitude of renowned media outlets.”

Known for working with names like Rihanna, Beyoncé and Jennifer Lopez, hip-hop choreographer Hollywood has found his niche on TikTok, which he likes to call “organized chaos.” As the creator of the viral #LightFlexChallenge, there’s no doubt that he can produce fun, easy-to-learn choreo. But what sets him apart on the app are the videos in which he films himself performing his choreography, along with eight or more other dancers, while seamlessly flowing in and out of frame, creating a full artistic experience specifically for a phone screen.

When he joined: “I started using TikTok two years ago once I saw where social media was heading. I was mostly drawn in by the dance challenges at first.”

The pros and cons: “Unlike Instagram, you can easily gain a new audience and cultivate a following outside of your friends, mutuals and colleagues. You can also upgrade your brand by experimenting with different content strategies to find and connect with people from so many different regions. A con is definitely that trends become repetitive, and it can be hard to find ‘your thing’ without feeling like you’re selling yourself short.”

His creation process: “What inspired me was the already-established concept of framework that you see in dance videos on TikTok. I felt really inclined to up the ante by adding unique transitions, more choreography to fill the camera frame, and create ins and outs that are appealing to the eye. Each dancer is a student of mine, so we set up a date to meet and rehearse, and in exchange, I give them free classes. We take about two and half hours each rehearsal to prep everyone for a constantly moving routine. Whatever comes out in the moment while choreographing is what I piece together for the world to see on TikTok.”

What he hopes to gain: “I have definitely pitched the concept to some artists and brands, and I’m crossing my fingers that one day, some major brand(s) will pay us good money.”

If you hear the phrase “berries and cream” and think of the Starburst commercial that went viral during the early 2000s, then you’ll immediately envision­ one of the most memorable characters to ever grace your TV screen. (If not, a quick YouTube search will get you up to speed.) But what most viewers probably never would’ve guessed was that the actor playing the “little lad” was actually an experimental choreographer in real life. Jack Ferver is now bringing the Little Lad character back into the limelight more than a decade later—serving eerily humorous performance art on TikTok that is simply unrepeatable and just as viral, if not more, as the commercial that started it all.

Life as the Little Lad: “When I did that Starburst commercial, I was just starting to make my own dance work. I would have some of my students saying ‘Oh my gosh, you were in that commercial!’ which I loved. (What I didn’t love was people just saying ‘Do the dance!’) I always appreciate when art slows me down, and I feel that freedom and pleasure with playfulness when I am creating as the Little Lad.”

What made them want to join: “It wasn’t until this past summer that my friend Reid Bartelme, who I used to do the Dance and Stuff podcast with, started sending me things that people were making on TikTok about the Little Lad character. Reid said, ‘Well, what are you going to do?’ And initially I said ‘Nothing,’ but eventually I saw one that I felt was making fun of the Little Lad, and I thought ‘Well, the Little Lad should appear themselves and take up their own space.’ So, one day I went to this wig store on 14th Street in New York City, held up the photo from the commercial, and said, ‘I need something that looks like this.’ ”

TikTok opportunities: “I’ve gotten requests for everything from appearing at a child’s birthday to making a cameo to cheer up someone that was going through a breakup. I also had a doctor reach out who wrote an incredibly kind note expressing their team’s fatigue during COVID, and how sharing one of my videos created a positive impact for them. Humor creates so much ventilation, and we all need to just breathe a lot more.”

What they love most: “I love how interactive it can be. Early on, I would open the app and just chat into people’s livestreams. I really love seeing the younger generation pushing forward important issues on the app, and I’ve likewise really enjoyed getting to see people of all ages express themselves or show us some new aspects of life. I also love that the app has some sense of mental-health check-in so that people don’t just fall into doom scrolling. And, of course, I appreciate that TikTok has a Creator Fund, which puts money back towards the people who are creating the amazing content that we get to experience.”

Their number-one goal when creating content: “As a queer kid who grew up in rural Wisconsin, an important part of my practice as an artist is questioning, ‘How do I get through to the child who suffers?’ Especially having a character like the Little Lad, I try to think, ‘Where could kids who might feel like they’re an outlier feel like they have a mirror, someone to play with, or someone to feel less alone with?’ My main goal is to make people feel less alone.”