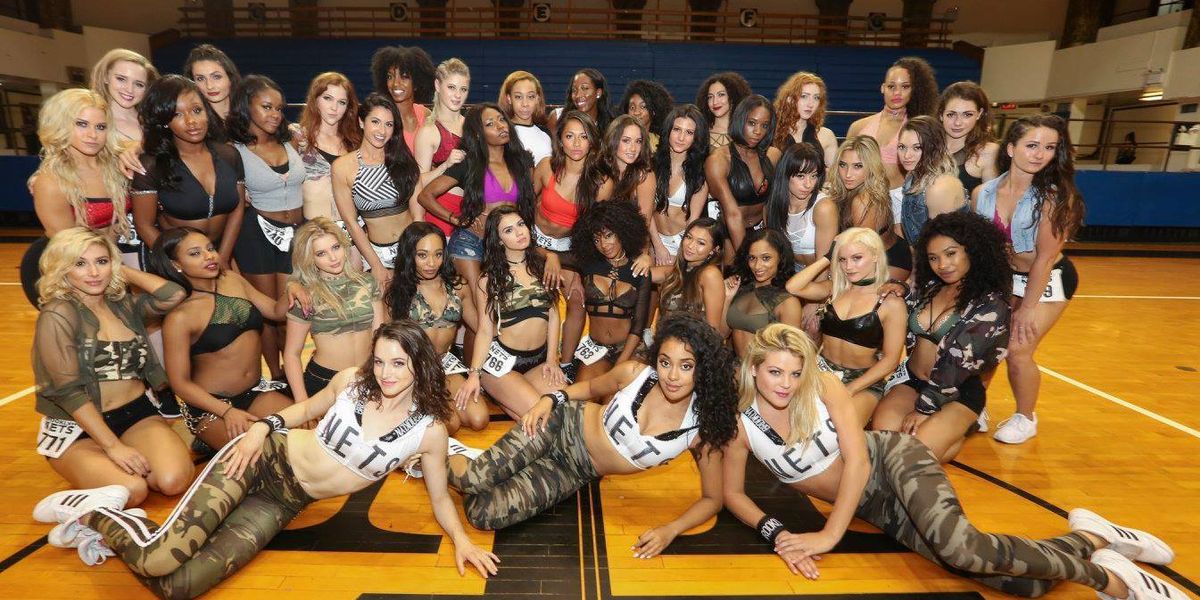 Auditioning to Dance for the NBA

Two hundred girls decked out in Brooklyn’s latest fashion—ripped jeans, leather chokers and camouflage crops tops—wrapped around the outside of Long Island University–Brooklyn’s auditorium while stretching and checking their reflection in their phones. I knew I was in the right place. I took a deep breath and hopped in line for the open call for the Brooklynettes Dance Team.

The Brooklynettes are the dance team for the NBA’s Brooklyn Nets (get it?). The team was seeking out not only gifted dancers but well-spoken, intelligent women who could serve as ambassadors for the brand. Having just moved to Brooklyn and been a part of Temple University’s Dance Team, I decided to try my luck.

At most auditions I went to this season, I wore a leotard and slicked my hair back in a bun with some light makeup on. But dance team auditions are much different than concert dance company auditions. Since you’re constantly on camera and projected on a jumbo-tron, hair and makeup needs to be exaggerated. Fake eyelashes are a necessity—you have to master how to put them on and keep them on through hours of sweating. I did a natural smokey eye with a neutral lip and had my hair loose and flouncy so that the judges could see how I danced with it (yes, hairography is a thing!).

We were all required to wear shorts and a crop top, but the difficult part was standing out in the sea of beautiful girls and also looking like you blend well with the team’s style. I decided on a black and white block-patterned top and black shorts to match the Nets’ colors. My outfit looked similar to the ‘Nette’s dance uniforms. I made it through four rounds of cuts, ignoring the fact that my arms and legs felt like noodles.

By days three and four, there were 35 of us left and four spots to fill. The final round included interviews with the coach, marketing manager and three team captains. The panel asked to hear something interesting about me. Since I knew that they were looking for an answer that would parallel with the role as an empowered female brand ambassador, I told my story of how my career dreams changed from chemical engineering to pursuing dance and journalism.


The final performances included “one-on-one” performances, where two dancers with a similar look and dance style perform together in front of managers, directors, coaches and team captains. We were all given a white sports bra and black spandex shorts to wear so we looked identical. Yes, this part of the audition was intimidating. But I tried to focus more on enjoying dancing with my partner rather than competing against her.

The biggest challenge was waiting. When we began performing one-on-ones, those of us not performing couldn’t practice on the sides—and I was one of the last to perform. A lot of the dancers sat down, but I wanted to stay focused so I remained standing. I tried to concentrate on each group, went through the counts in my head and did a few stretches and shakes in between groups to make sure I stayed warm. It was difficult to keep all of the material in my body while getting cold for an hour, and then exerting all of my energy in a two-minute burst.

By the final day, I knew that it came down to who completed the diverse look and fit the brand of this year’s team. Although I didn’t end up making it this year, I was proud of advancing all the way through to the final round, making professional connections and taking on this audition with confidence after only two weeks of living in New York City.

Now it’s on to the next audition.