Should We Be Having Auditions Specifically for Dancers of Color? 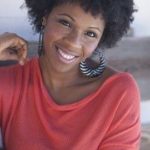 Since they were first offered in 2016, the International Association of Blacks in Dance‘s ballet auditions for dancers of color have sparked much debate within the dance community. Some believe these auditions create valuable opportunities for dancers of color while others disagree, even going so far as calling them slightly racist.

Still, there’s no debating the lack of diversity within professional ballet organizations. In fact, Joan Myers Brown, founder of IABD, created the auditions in response to a director’s claim that he didn’t know any ballerinas of color to include in his casting. It seems that this controversy isn’t only about an audition, but more about searching for a solution to a larger issue. An IABD audition for student dancers of color
Eric A. Smith of CREW Productions, Courtesy IABD

At its first ballet audition in 2016, there were nearly 100 participating dancers and representatives from just over a dozen dance organizations in attendance. Since then, hundreds of dancers of color have auditioned for a growing list of companies and schools, which include The Joffrey Ballet, San Francisco Ballet, Texas Ballet Theater, Atlanta Ballet, Nashville Ballet, and Pennsylvania Ballet, among others.

From the four annual auditions that have taken place, more than 100 scholarships or offers have been extended for summer intensives and trainee positions. IABD reports that at least one dancer has performed with a professional company as a result. While results from the 2019 auditions are still being compiled, 58 organizations participated, most of which noted available offers for summer intensive scholarships and trainee opportunities. According to IABD’s website, two of the participating companies had open positions. Even with those outcomes, some, like Robyn Gardenhire, artistic director of City Ballet of Los Angeles and a former American Ballet Theatre dancer, argue that the auditions aren’t a suitable solution. An African-American dancer herself, Gardenhire believes the auditions perpetuate further racial division within the ballet community, allowing dancers of color to use race as an excuse for not advancing within the field. “I don’t think it really addresses the problem,” she says. “I think they’re catering to their fears. It’s kind of an easy way out that’s not going do much in the end.”

Dancer Maurissa Powell says she hears lots of differing opinions. “Some people really enjoy the auditions, and then others feel like they don’t really get as many offers.” Powell, however, has received trainee and scholarship offers from several organizations, including Oregon Ballet Theatre and Pittsburgh Ballet Theatre, through IABD auditions. She understands the importance of auditioning well, and notes that some dancers have a hard time standing out even in a more “comforting” environment.

Denise Saunders Thompson, president and CEO of IABD, sees the auditions as more of a short-term solution to a long-term effort. “IABD has provided one avenue, and it’s the work of these organizations to figure out more ways to become more approachable and to engage with dancers of color more than they normally would,” she says. An IABD audition for student dancers of color
Eric A. Smith of CREW Productions, Courtesy IABD

Are There Other Solutions?

Gardenhire recommends that leaders in the ballet community encourage dancers of color to audition within the community at large. “Do you want to be the best black dancer or the best dancer? You have to push the doors open,” she says. She also believes there needs to be more education for parents, possibly with their own conference. “They don’t really have the knowledge of where to take their child,” says Gardenhire. “They need some coaching.”

Saunders Thompson also acknowledges that there are other solutions for making training more accessible. She envisions a ballet community where information, resources and talent are shared freely. “It is my ultimate vision that somehow there is some type of ballet network,” she says. “The only way it’s going to happen is if people allow themselves to share information. How do we begin to share resources with one another?”

Despite the varying support for these auditions, one fact remains true: IABD has deepened the dialogue on diversity within the ballet community. “A number of the companies that we started the audition process with are now a part of The Equity Project,” says Saunders Thompson, referring to a new initiative aimed at increasing the presence of blacks in ballet. “They’re going through a process of reevaluation of their organization in many different ways. We are providing an avenue for there to be conversations and evaluations in the field in a way that’s never been done before and with some direct results,” says Saunders Thompson. “It’s work, but there’s been some movement on the dial.”