Our 5 Favorite Dance Moments from the 2021 Inauguration 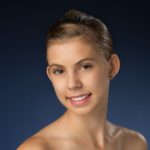 The United States presidential inauguration is an event that’s deeply rooted in centuries of ritual and tradition, but in the midst of a global pandemic, Wednesday looked vastly different from any other inaugurations in U.S. history. Attendance was limited and the parade and concert were moved online.

But across the country people seemed to agree: What better way to commemorate the day than turning up the patriotism and putting on their dancing shoes?

As the finale to the virtual parade, the joyous Dance Across America video produced by filmmaker Kenny Ortega featured fabulous moves to “Dancing in the Streets” by Martha and the Vandellas. Just as the song describes, people of all ages and backgrounds submitted videos of themselves taking to the streets, or the beaches, deserts and snowy mountains representing America’s diverse landscape, and danced. There were even cameos from some well-known pros like Tiler Peck.

Broadway stars collaborated for a montage of “Seasons of Love” and “Let the Sunshine In” that culminated with a cathartic dance solo by Charlotte d’Amboise, expressing all her feelings through movement.

President Biden and His Grandson Beau

Although COVID-19 guidelines prevented the traditional inaugural ball from taking place, a heart-warming moment between President Joe Biden and his youngest grandson, eight-month-old Beau Biden, helped make up for it. As the First Family watched the Celebrating America inauguration concert from the comfort of the Oval Office, President Biden swayed to “Lovely Day” with a happy Beau in his arms.

Inaugural poet Amanda Gorman received national recognition for her powerful words, but her expressive use of hand gestures is what caught our eye. Is that ballet training we spot shaping those hands?