Warning Signs & What You Can Do About Jumper's Knee 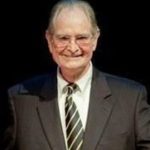 Does your knee hurt when you land from a jump, go downstairs, do grands pliés, or sit with it bent for long periods of time? That’s why it’s called the “jumper’s knee.”

Exactly what is it? It is a strain of the tendon called the patellar tendon that runs from the lower pole of the patella (kneecap) to the upper part of the tibia or shin. It’s common in male ballet dancers & basketball players who jump a lot—duh! Let’s look at the anatomy.

The large muscle in the front of the thigh is called the quadriceps, meaning four heads. This muscle feeds into the upper part of the patella and provides the power used to straighten the knee. That force passes through the kneecap down to its bottom tip where it is connected to the tibial tubercle (by means of the patellar tendon), a bump on the front of the upper tibia. Whether taking off or landing from a jump, a lot of force goes through the patella.

Other Problems
with the patella—“the painful patella syndrome:”


Subluxation, where it goes out, but slips back in, and dislocation where it goes all the way out and stays out. These conditions common in adolescent females with ligamentous laxity (hyper-mobility), especially in ballet dancers who turn out from the knee rather than the hip.


Osgood-Schlatter’s Disease or “the choirboy’s knee” is a condition often seen in young (mostly male) athletes where they strain the attachment of the patellar tendon at its insertion to the growth plate on the upper tibia. It is characterized by a swollen, tender lump just below the knee and is related to the amount of running and jumping done. The more you do, the more it hurts, and vice versa. It tends to come and go but disappears when growth is over, around age 16. In the olden days, they thought that young boys got it from kneeling in church, but they really got it playing soccer after school. This syndrome is the juvenile version of the jumper’s knee, but it occurs at the other end of the patellar tendon, where it attaches to the growth plate.


Chondromalacia of the patella is roughening of the undersurface where it articulates with the end of the femur, or thighbone. It is characterized by painful grinding of the patellofemoral joint with pliés and sautés. (We usually separate painful grinding from painless grinding because many dancers have the painless type as they get older and it’s usually not a problem.) This can cause symptoms similar to the jumper’s knee.


“Housemaids knee” or prepatellar bursitis is a squishy build-up of fluid in the bursa (sac) under the skin covering the kneecap. It is seen in people who kneel at work, like gardeners and carpet layers.

In the Jumper’s Knee, the pain is usually coming from a very specific point in the attachment of the tendon to the tip of the patella and not from the knee joint itself. It can often be located with the tip of one finger. Most of the time it is a chronic, ongoing condition that slowly gets worse with time. The diagnosis can be confirmed by injecting a small amount of local anesthetic into the sore spot. If this relieves the pain, then the diagnosis is confirmed. It also is a handy way of separating pain that is coming from inside the knee (chondromalacia) from pain that is coming solely from the tendon. It is exacerbated by tightness or contracture of the quadriceps mechanism and unrecognized eccentric weakness when the muscle lengthens as you plié. The workup usually includes regular x-rays, and an MRI to look for bony abnormalities at the tip of the patella and to see the extent of the damage to the tendon. The condition is usually due to one small portion of the tendon that has pulled loose from its attachment to the patella and has failed to heal.

We like to divide treatment of the jumper’s knee into three steps:

Step 1:
Mild anti-inflammatories; “modified activities,” i.e. don’t do what hurts; ice after dancing; and physical therapy. This therapy can include modalities, stretching, eccentric strengthening of the quadriceps, and acupuncture.

Step 2:
One (and only one!) small shot of corticosteroid into the tender area to diminish the pain and inflammation, followed by slow rehab. This is an area where multiple shots of cortisone could cause complete rupture of the tendon!

Step 3:
Either a PRP (Protein Rich Plasma) injection or surgical scraping of the area to get it to heal.

In general, like many overuse injuries, the longer you have had them, the longer it is going to take to heal. You pay a price by working with an injury while it is painful. The good news is that the jumper’s knee is very treatable and rarely ends a career or leads to a long-term disability. But IT NEEDS TREATMENT!

William G. Hamilton, MD is an orthopedic surgeon in private practice in New York City. He is the orthopedic consultant for the New York City Ballet, American Ballet Theatre, the School of American Ballet, and the JKO School of Ballet at ABT. He specializes in foot and ankle injuries in dancers and athletes. He is past president of the American Orthopedic Foot and Ankle Society.