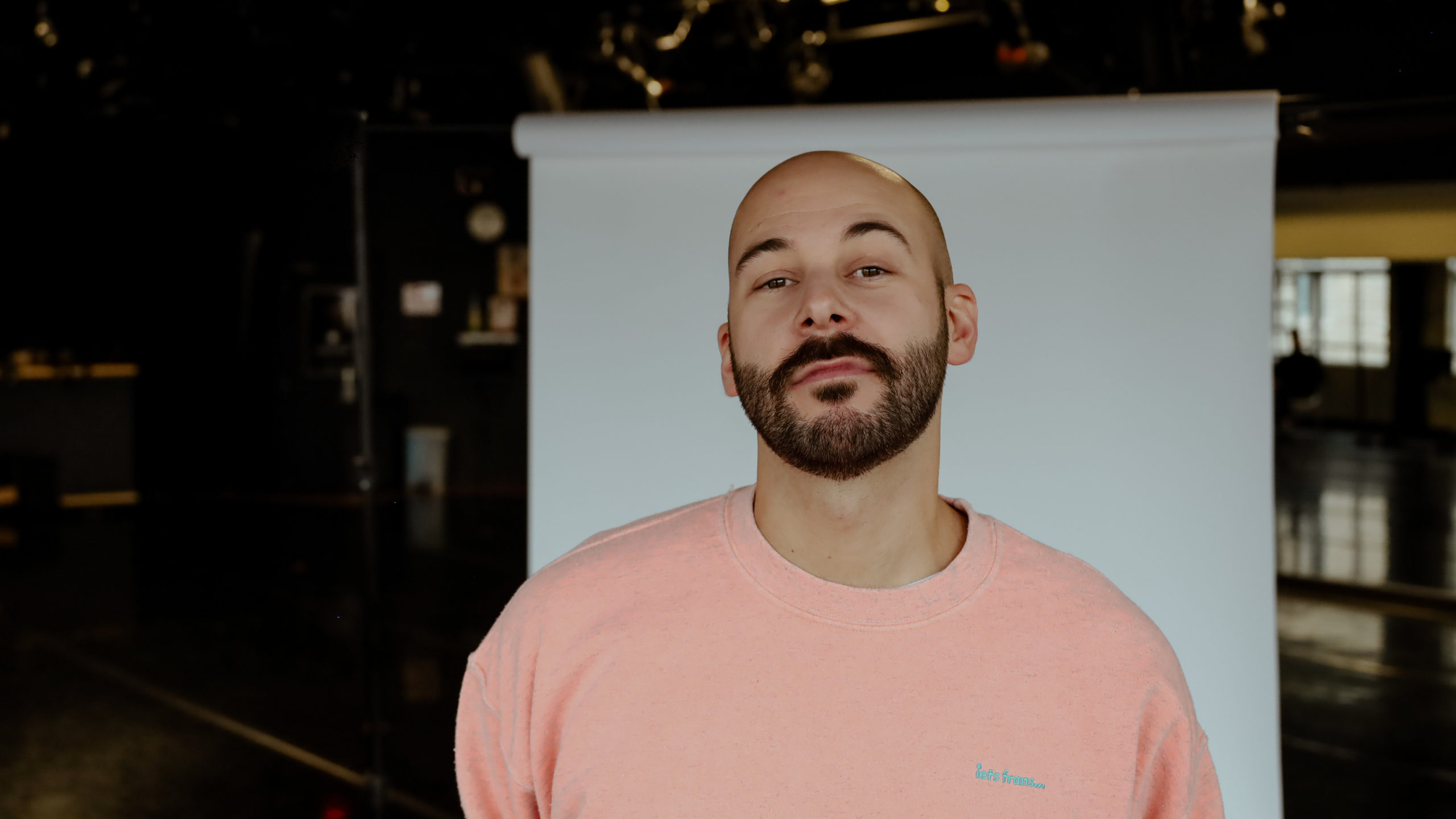 Have you ever watched figure skating and wondered who choreographs the athletes’ programs? Well, meet Sam Chouinard, a Canadian choreographer who works with some of the world’s highest-ranking skaters. For the Beijing 2022 Olympics, he’s collaborated with athletes from the U.S., Canada, China, Spain, France, Great Britain and Japan. Most notably, Chouinard choreographed the “Rocket Man” free program for gold medalist Nathan Chen and worked with the French ice dance team, Gabriella Papadakis and Guillaume Cizeron, on their waacking short program, which helped them achieve gold overall.

How did you begin choreographing for figure skating?

Figure skating is not my background. I was able to move on ice with skates, but just for fun. Seven years ago, I was introduced to the sport through my ballet teacher, who was already coaching athletes at the Ice Academy of Montreal. It was one of the first years that hip hop was used. The owner of the school asked me if I wanted to play with their skaters, and they loved the job that I did.

What was your dance background?

I was trained in contemporary, jazz, musical theater and hip hop. I was not a master of any of them, but I was a good chameleon for any type of show. That was very helpful when I started to choreograph for ice skating, synchronized swimming and gymnastics. Working with Cirque du Soleil touched all of those dance styles.

What was it like helping Nathan Chen move from a more balletic style to hip hop on ice?

This guy is a genius, he’s just so brilliant. For sure, we wanted to bring the party vibe out of this program. It’s the Olympics—you want to make people feel something. When you know your competitors, if you want to stand out, you need to think differently.

We always start with a bunch of choreo and mapping it to the music. Once we have a big enough chunk of moves, we go and play on the ice. When I started, I had the tendency of wanting to put dance breaks everywhere, but it was just cutting the flow. I realized that what looked the best in figure skating is that speed and glide.

Do you find choreographing for figure skating challenging?

There are so many rules. The biggest challenge is making sure we can score the notes and then elevate the dance to another level. So, they can dance the technique and not look like they’re trying to replicate a dance, but really dance it. That is one of our strengths. I feel like the Russians are very strong technically, but when you take a look at their programs, the way the choreography is made, it’s more based on the technical side of it.

How do you help skaters develop their artistry?

What is it like to choreograph for skaters who are competing against each other?

That’s really hard for me because I want to give myself 100 percent to all of the couples. But it’s up to them what they’re going to do with the material I give them. It’s fun to see my moves, but then it’s fun to see how they digest it and make it their own.

What are some of your favorite programs you’ve choreographed?

Moulin Rouge for Tessa Virtue and Scott Moir has a special place in my heart because it was my first Olympic program and we won gold. One of the coolest to create was the Chock/Bates free program. Another was the Janet Jackson one. The Great Britain one to The Lion King was very fun to choreograph to a Broadway vibe, and then there’s Gabby/Guillaume with the waacking.

How did you also start choreographing for the Canadian synchronized swimming team?

The Olympic and sports world is a small world. I knew nothing about synchronized swimming, but I watched a lot of videos, and even if I’m not physically able to do it, I can have a big enough imagination. We work on formations and cleanliness of the arms. At the Olympic Stadium in Montreal where they train, if you go down a couple of stairs, there’s a window underneath the pool, so I get to see underwater.

What are you working on now?

We’re still with our teams that are not at the Olympics but are going to Worlds and we are also prepping the junior teams. I booked a Disney movie as a choreographer—it’s going to be a Christmas movie. I also booked a Cirque show in Montreal. The most exciting thing recently is I’ve been hired to be the main choreographer of a full season for a TV show in Japan. They also asked me to be the artistic director, which is my first time being an artistic director. I’m so excited and nervous but also ready to jump into the challenge.

Any advice for dancers?

Don’t limit yourself. Dance can be used in many different ways and many different artforms. Figure skating is not the lane I thought my life would go, and it turns out by just being open, it brought things into my life I never thought would be possible.