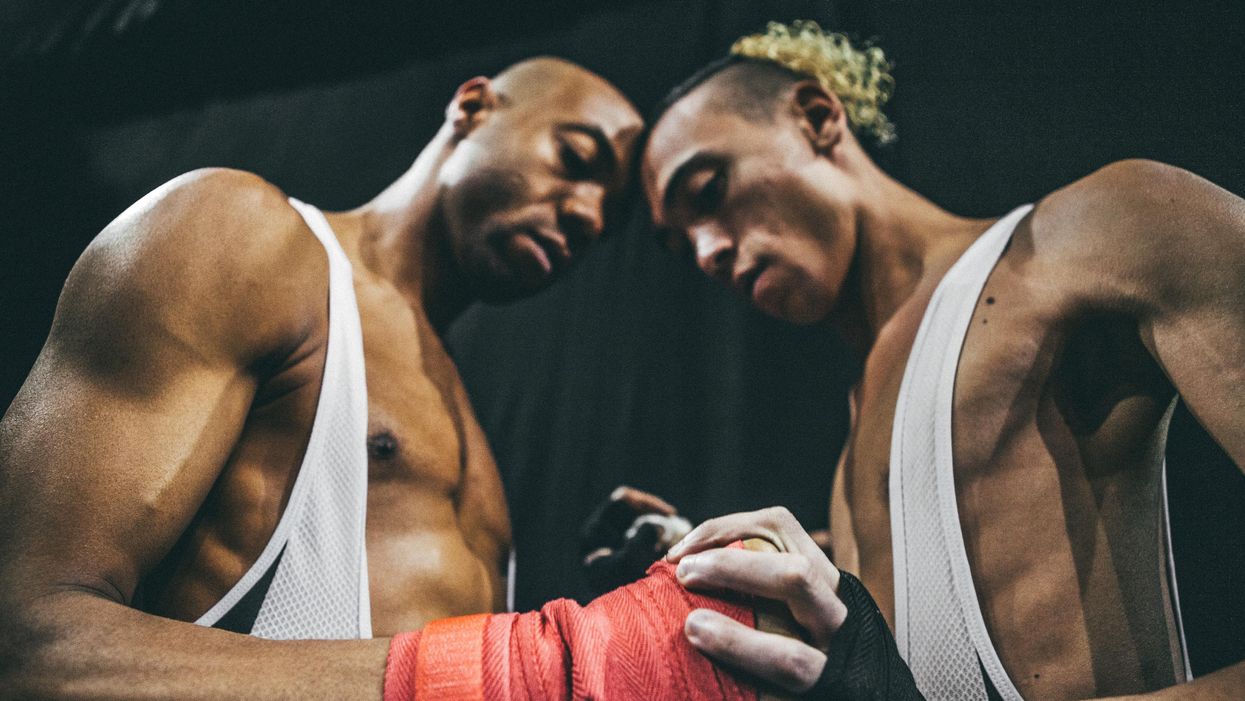 Since leaving Batsheva Dance Company, choreographer Shamel Pitts has been provoking audiences with multidisciplinary dance works that push against the boundaries of identity. In 2015, he premiered BLACK BOX, a solo that would become the first part of the BLACK Series. It was followed by BLACK VELVET, an androgynous duet that imagined the possibilities of love and connection among strangers, and BLACK HOLE, an Afrofuturistic trio. In late 2019, Pitts launched TRIBE, an art collective based in Brooklyn, New York, with which he is now working on the RED Series.

I am curious about the structure of TRIBE.

I’ve come from dance companies. I’ve loved them. But I had no interest or passion to re-create that. TRIBE is a collective of outliers. I think we relate more to a rock band, where each person has a different skill, a different instrument. We come together when we want to play and when we have ideas. I’m the artistic director, so I’m in a leadership role, but none of my collaborators are followers. We’re all walking with one another.

TRIBE is now at work on the RED Series. Is it an extension of the BLACK Series?

I’m learning that the multidisciplinary work that we create creates more works out of itself. Little Black Book of Red was a book project that I started in Tel Aviv. It was me journaling over many years, and it became seed research for the BLACK Series. And “Red” is also my nickname. But living abroad for a long time too, you know, no one called me Red. After dealing with all of the dark and existential things in the BLACK Series, the RED Series is asking, “Who was this Red? How can I bring more childlike allowance into my work, more lightheartedness, and still go toward the depths of things?”

At the moment I’m creating a new duet with Tushrik Fredericks, called Touch of RED, that takes place inside of a boxing ring. We began creating it at Jacob’s Pillow and were in residence during the fire. None of us were in the space at the time, but all of my books were destroyed. It was traumatic.

I never understood the appeal of watching two men beat the crap out of each other, especially men of color. Instead of looking away, I decided to go towards it and see what was happening there. There’s actually a beautiful duet happening between these two men in terms of how they relate to one another, listen to each other’s moves and move with one another. Sometimes, you’re not sure whether they’re consoling or embracing each other, or wrestling. I enjoy that blurred moment. And also when you see amazing boxers like Muhammad Ali, they’re so fast with their feet, so that interests me in terms of movement. And really, I thought of all this toxic masculinity and new masculinity: What does it mean for two men of color to be in a ring and have that match be made, not out of aggression or combat, but out of an intensifying softening into themselves and into one another? So often I felt like my vulnerability and sensitivity and fragility was a weakness. But I wish to share with people, particularly other Black boys and men, that there is power within vulnerability.


Does TRIBE have a post-pandemic vision?

Recently, Jill Johnson reminded me of a Toni Morrison quote: “Artists have a really bad habit of being resilient.” And it’s so true, it’s our power and our kryptonite. But nothing can replace live art, the power of gathering. But we also started to challenge conventional spaces of work. What does it mean to get back together safely? What does that audience look like? How do they sit or stand or experience life in the same space safely, with intimacy and with challenge, too? Because art is a challenge, a lesson and a gift all at once.