Sean Dorsey is an award-winning San Francisco-based choreographer, dancer and writer. Recognized as the U.S.' first acclaimed transgender modern dance choreographer, Dorsey has toured his work to 26 US cities.

Dorsey has been awarded four Isadora Duncan Dance Awards and the Goldie Award for Performance. He has been named in Dance Magazine's 25 To Watch and named "San Francisco's Best Dance Company" (SF Weekly). Most recently, Dorsey was named in American Theater Magazine as a Top Theater Artist To Watch.

Dorsey's most recent evening-length dances are a trilogy of works exploring our contemporary relationships to censored, buried or forgotten parts of LGBT history: THE MISSING GENERATION (2015), The Secret History Of Love (2013), and Uncovered: The Diary Project (2010).

"I Choreograph Because My Own Story is Untold; I Need to Dance it Into Being" 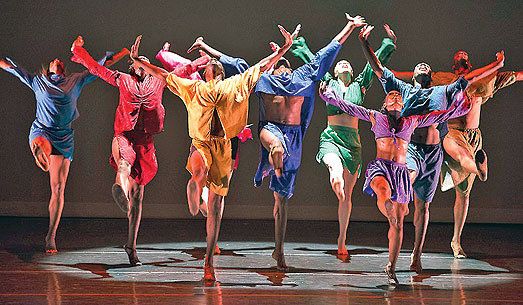 Don't miss a thing.
Sign up for our newsletter.