Frustrated With Your Career? Here’s How to Speak Up & Do Something About It 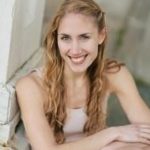 Most dancers are familiar with this story: You get that first company contract, and figure that you just have to show everyone—your director especially—how special, reliable and talented you are, and your career will be everything you dreamed it to be.

But what happens when casting goes up and your name’s fourth cast or worse—not even there? When you’re working so hard, pushing through pain, but you end up feeling frustrated and invisible, wondering how all those goals you began with will ever be realized? Do you shrug it off, keep your head down and hope things will change? For how long? She had been frustrated by how little she was dancing at Carolina Ballet, and after Nutcracker had made an internal decision to leave and go back to school. But after returning from winter break she was immediately promoted to soloist. Though technically it was an upward move, she found herself dancing less—the exact opposite of what she wanted.

In previous evaluations with her director, she’d always felt “talked at” and voiceless, but this time, though nervous, she initiated the meeting, respectfully speaking her concerns. Leaving the meeting she felt empowered—to move on, finding a place where she enjoyed dancing again.

Her transition to PNB was less about a “career jump” than her own personal development as a dancer: wanting to dance more and experience a more varied repertoire. Cecilia Iliesiu in Jessica Lang’s Her Door to the Sky. Photo by Hayim Heron, courtesy PNB

Things at PNB were exponentially better. Though she was often second or third cast, she knew she had to earn the company’s trust, and patiently wait her turn. However, after miraculously returning from Guillain-Barré Syndrome after only a four-month hiatus (it typically takes at least a year to overcome the condition), she felt her career momentum halt. She was stuck in third or fourth cast for roles she knew she could dance, but was never even given the opportunity to demonstrate her ability in rehearsal let alone a performance.

Instead of giving way to the hypothetical scenarios or living in denial, she scheduled a meeting with her director.

“I wanted to understand, not be promoted,” she says. “At the end of the day I needed truth, because I can’t read minds.” Afterward, she felt “free,” because she knew she had done everything in her power. “Though it feels as if your director has complete control over your career, that’s not true. You always have a choice to step out of disappointment and self-doubt. We need to make the most of our short dance careers and nothing speaks stronger than an honest conversation.” As dancers, we are not only trained to do what we are told, but are subconsciously fed the lie that we’re replaceable. We often don’t rock the boat or speak up because there are 10 other dancers lined-up and ready to take our place.

But, as they say, knowledge is power. Here are some tips on how to have an open, honest yet respectful conversation with your director:

When emotions are in the driver’s seat, we can say or do things we later regret. Give yourself a chance to cool down, but not so much that you convince yourself the problem doesn’t exist. Schedule a meeting with enough time to gather your thoughts.

Record the issues you’re having and how you feel. This is just a starting place for you—to gather your thoughts and make sense of your emotions. Later, write down your edited notes, whether in a speech-form or bullet-points, to take to your meeting. Chances are that nerves will cause temporary amnesia. Putting your thoughts on paper can help you sort out your feelings. Photo by Kinga Cichewicz/Unsplash

After going through and editing your thoughts, have a trusted person read it to give you feedback on how it comes across.

There’s a tendency to sugar-coat, but you need to be clear enough that your points get across. However, make sure what you’re saying is respectful—you don’t want to burn bridges. Be blunt, without being rude. Photo by Unsplash

Try as best you can to find specific scenarios to use as examples, acting as supporting evidence for your feelings.

This keeps the conversation focused on you rather than the other person, inevitably putting them on the defense. Open, honest communication doesn’t occur when it’s an attack. Focus on what you’re feeling, rather than attacking the other person. Photo by Unsplash

You are here to find the truth, so ask questions! Mentally and emotionally prepare yourself to hear whatever they have to say but don’t assume you already know the answer. It’s always better to give someone the benefit of the doubt.

This is your career and you care about it. Don’t be afraid to show it.