Can We Please Stop Using the Term “World Dance”? 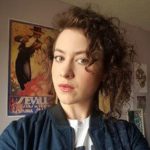 It’s time for our field to retire the phrase “world dance.” What does it even mean? Aren’t all dances “of the world,” whether its ballet’s embedded history of Renaissance elites’ court spectacles, or embodying the orishas in Afro-Cuban dance?

Typically, it’s an intermediary—a manager, a producer, a critic—who labels something as “world dance.” The term denotes exoticness, authenticity—and it sells. It’s also problematic and limiting.

The phrase is not only obtuse and vague. It bunches together movement styles that have little in common and forgets that these forms are shaped by specific philosophies and settings. It also complicates questions of artistic autonomy—when artists are lumped together in a “world dance” festival, for instance, do they feel pressure to meet audiences’ expectations of what is “authentic”?

Robert E. Brown, an ethnomusicologist, is credited with coining the term “world music” in the 1960s. About two decades later, the term went mainstream as audiences’ search for authentic “otherness” grew.

While it’s not clear when the term made the leap into dance, it’s no surprise to see its use in our industry, especially as many of the genres that get thrown into this amalgamation are inseparable from their music. (Many even require dancers to be musicians—to know how to play percussive instruments, or to use their bodies as instruments.)

The one thing all these forms have in common is that they’ve been sidelined. This is particularly true in dance education. Most university departments treat only ballet and contemporary as foundational techniques, making them requirements, while most others are extras.

But why? I’ve never known any dance form that didn’t teach movement quality, creativity, composition, technique, somatic awareness, expression and musicality, as well as help practitioners develop new relationships with others and the world around them.

Of course, any given university program cannot offer every style of movement. So, how to present a culturally rooted dance in a way that does not marginalize? For one, give it equal time and space—a one-off guest class as part of a “world dance” series further accentuates marginalization. Offer lectures, artist talks, music classes and a complementary history class. Make it a semester-long course.

Or, dance programs could build a reputation around a niche specialty. How many schools can say they have, say, a fully developed bharatanatyam or salsa or Korean traditional dance program?

I grew up in Albuquerque, New Mexico, where flamenco has a platform at the University of New Mexico. There are various levels, a resident flamenco company, guest artists every year. Students see flamenco not as something to momentarily try on, but a form to continually grow and develop within. The predominant Hispanic culture no doubt helped make this a possibility there, but why not make this type of program the norm for any dance form anywhere?

As the dance ecosystem looks to diversify who is seen, rather than diversify a limited spectrum of dance genres, we need a paradigm shift where we value any given dance form as part of its larger cultural system. Opening space for more dance forms would widen dance’s reach.

Hip-hop choreographer Rennie Harris recently founded Rennie Harris University, where hip-hop can be taught in connection to its cultural meaning and the complexities therein. Here’s to the likes of Harris, and to more people in ostracized cultural forms doing the same. No need to wait for the institutions to change. Let’s build our own, from the ground up.