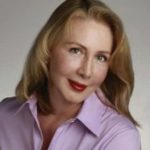 Why can’t I control my body when I’m dancing? I feel like I’m all arms and legs. My director told me it’s holding me back. Maybe it’s because I have a short torso in comparison to my lower half. How do I fix this problem?

You aren’t the first dancer to struggle with flailing limbs. The key to pulling everything together is core stability. Strong abdominal, back, and pelvic muscles are essential for dance, especially if you have long legs or hypermobility, or recently went through a growth spurt. Strengthening these muscles also helps to prevent injuries, according to the latest dance medicine research. Think of your core as a muscle box, or corset, that stabilizes the limbs during both static and dynamic movements. Technique class alone is not enough to recruit and develop the right muscles; you need to add strength training. Find a Pilates instructor whose program is geared toward dancers. One good option near you is The Dancers Advantage program at True Pilates New York, where professional dancers qualify for a 50 percent discount.

I recently recovered from a horrible, two-week-long cold. I can’t afford to catch another one, especially since I’ll be performing on tour this winter. What can I do to stay healthy for the rest of the season?

Achoo! We all get colds. It remains the number one reason for missed workdays; on average, most people have three to five colds per year. Given that it can be caused by over 200 viruses, there’s no way to prevent the common cold. All anyone can do is try to reduce the chances of catching it. One major safeguard is washing your hands, since colds are often spread by coming into contact with contaminated equipment, such as a ballet barre, and then touching your mouth or nose. You can also inhale the virus after someone who is ill sneezes, so try to stay away from infected people. In the meantime, boost your immune system by getting adequate nutrition, sleeping at least eight hours each night, and reducing your stress. While many people reach for Vitamin C at the first hint of the sniffles, studies show little if any benefit from taking it—except for marathon runners. Adults who ingest large amounts (more than 2,000 milligrams per day) may even develop kidney stones. Also be aware that excessive exercise may increase your risk of catching colds, so take time to rest and recover after intense periods of dancing. If you catch another cold, it’s OK to dance as long as there are no complications, such as bronchitis or walking pneumonia, and you take it easy. When you develop a cold on tour and have to fly, be sure to use a decongestant and a nasal spray before and after takeoff to protect your eardrums. If symptoms worsen, see your doctor. By the way, I hope all of you have gotten your flu shots by now to prevent an even more serious condition. In contrast to the upper respiratory symptoms of a cold, the flu is marked by chills, muscle aches, pains, fever, and severe malaise.

I feel disgusting! I’m addicted to chocolate in a big way. All it takes is passing by the candy section while shopping for food and I’m driven to buy everything in sight. I’ve eaten so much chocolate at one time that I feel sick to my stomach. What’s wrong with me? My best girlfriend loves candy too but she doesn’t go overboard like me.

I hate being so weak!

Please don’t be so hard on yourself. Research shows that addictions are tied to being attracted to environmental signs or cues, such as advertising. This is an inborn trait that appears to be exacerbated by emotional stress during early childhood. While dancers without this specific profile are often able to keep their sights on long-term goals (e.g., weight management), those who are vulnerable to potent, cue-induced cravings experience a rapid spike in dopamine. This neurotransmitter plays a major role in the brain’s reward center. People who are “sign-trackers” are easily tempted by cues, such as the candy aisle in a grocery store, compared to “goal-trackers,” who don’t show the same dopamine spike. So your motivation to eat chocolate may be very different from your friend’s, based on brain differences. This can make it difficult for you to resist cravings. The most effective treatments are still unclear. For now, sign-trackers seem to benefit most by avoiding cues. In your case, this would mean walking down the vegetable, fruit, and protein aisles instead of areas that trigger temptation.