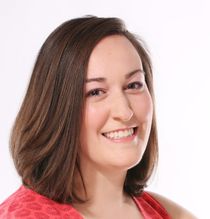 A native of Floyds Knobs, Indiana, Madeline studied ballet at Southern Indiana School for the Arts and was later introduced to modern dance by Bill Evans. While completing her BFA in Dance Performance and Choreography at Ohio University's Honors Tutorial College, she was cast in a historical reconstruction of Alwin Nikolais' Noumenon celebrating the 100th anniversary of his birth. As an avid dance videographer and editor, she has worked on video projects for Bates Dance Festival and the Regina Klenjoski Dance Company in Southern California. She later served as a marketing and education manager for Lar Lubovitch Dance Company and is a former assistant editor—research for DanceMedia's various publications. She is currently the senior managing editor of Dance Magazine and Pointe.

According to This Champion Ballroom Dancer Who Beat Brain Cancer, Dancers Are Superhuman

When Dance Work Dried Up, This Artist Founded a Nonprofit to Serve Her Neighbors Down the Street