What It's Like to be Coached by Gelsey Kirland

Gelsey Kirkland walks toward a group of teenage students in the middle of the studio. The dancers are practicing the tricky hops on pointe at the end of Swanilda’s Act III variation from Coppélia. It’s a stressful moment, and can easily read that way from the audience if a dancer tenses up. In her signature long-sleeve button-down shirt and tinted glasses, Kirkland offers a metaphor to better place their upper bodies over their standing leg. “You’re practicing for your first child,” she says with a smile, leaning over slightly to shake her finger at an imaginary toddler. The imagery doesn’t just help the dancers better align their bodies; it gives them a physical focal point, out of the mirror and back into Swanilda’s world.

For an hour and 10 minutes, Kirkland continues breaking down the same short section of the variation, with students divided into groups of four. Most corrections concern the eyes, rib cage, épaulement and port de bras. This kind of detailed coaching is a luxury most dancers never receive, yet it’s par for the course at the Gelsey Kirkland Academy of Classical Ballet’s summer Classical Repertory Workshop. The program offers advanced students a chance to study iconic roles under Kirkland. Her goal is clear. “It’s important for dancers to understand how classroom technique, especially upper body technique, is related to the characters you create,” she says. “You can’t look a certain way in class and another way when you decide to create a character—it has to be joined.”

Learning From a Legend

A principal dancer with New York City Ballet and American Ballet Theatre during the 1970s and ’80s, Kirkland became famous as much for her struggles with perfectionism, eating disorders and drug addiction as for her portrayals of 19th-century classics. She chronicled her troubles and successful recovery in her autobiography, Dancing on My Grave. Yet the book also revealed an intensely analytical mind, one she channeled into teaching after she retired.

Kirkland and her husband, Michael Chernov, a former actor and dancer, founded GKA in 2010. The school has grown quickly, offering both full-day training and programs after school. Its curriculum is Vaganova-based, with a distinct emphasis on alignment, coordination and dramatic development, and also draws on Bournonville training. The pair added the Gelsey Kirkland Ballet, a studio company, in 2013. Two years later, the school relocated to a 20,000-square-foot warehouse in Brooklyn, with four large studios and a 300-seat theater. 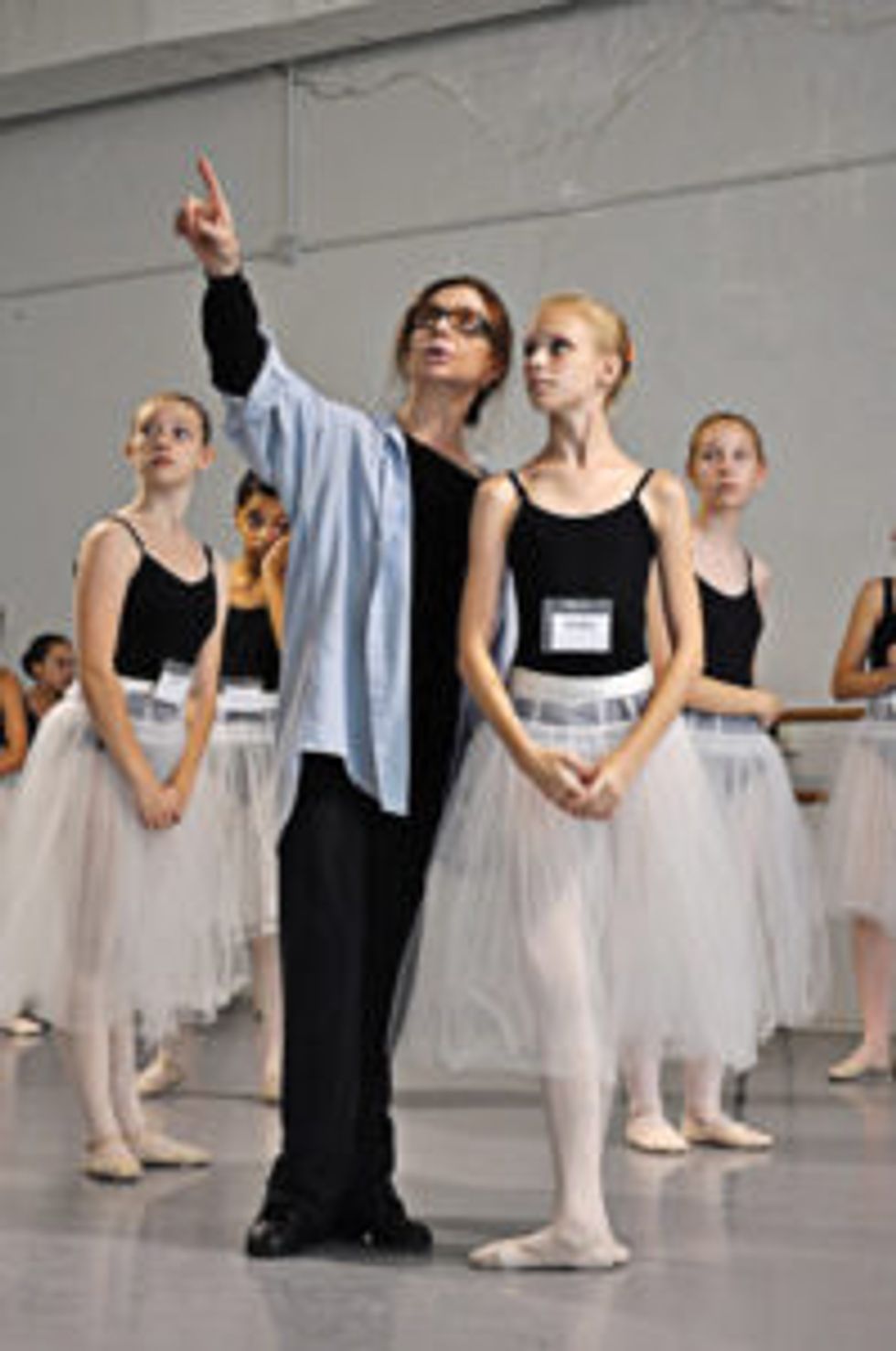 The workshop accepts roughly 40 to 60 students (many of whom train at GKA year-round) split into several levels. Each day begins with core dynamics, a Pilates-based class that focuses on bringing the body into proper alignment. Technique, pointe and men’s classes follow. Some students also take Chernov’s remedial class, in which Chernov leads discussions and simple exercises on technique basics that dancers rarely have time to analyze otherwise. Each class has a specific focus, such as how to properly use the hips and turnout.

The second half of the day is devoted to repertory, with students learning different variations and group dances from the same ballet. The emphasis is strictly classical. “Because it’s the most difficult,” Kirkland explains, noting that students must understand classical fundamentals before moving on to freer neoclassical or contemporary styles. All students receive coaching from Kirkland, as well as several other GKA faculty members.

Although it may seem counterintuitive, there is no performance component. Instead, students give an informal showing for parents on Friday afternoons. “A performance creates pressure,” says Chernov. “If you really want to dissolve into the work, it’s better not to have an exam.”

Former GKA student Megan Schwuchow appreciates that aspect of the program. “To me, artistry is more challenging,” she says. “You feel like you’re able to make mistakes and grow from them because you don’t have to worry about performing.”

Unlike the Pre-Professional Intensive, the Classical Repertory Workshop does not offer courses in acting or mime. Instead, Kirkland and Chernov stress the connection between classwork and character development. In other words, physically embodying an onstage persona begins with technique, rather than facial expressions and gestures. “Proper fifth position, the body mechanics of allongé—they’ve all been built into these variations,” says Kirkland. “Your instrument has to be trained specifically or you can’t do the second layer of acting.”

Indeed, it’s easy to see how her corrections in technique class translate to her coaching sessions. In both, she stresses which direction the head, body and eyes project during each step, and how to coordinate them. Her goal is to help students rely less on their image in the mirror and more on feeling their body from the inside. “If you’re stuck in the mirror,” says Kirkland, “that translates to the stage—it becomes just about you instead of your character.”

While GKA teaches an interpretation of the Vaganova method, Russian training isn’t necessary to get into the program. Neither is a picture-perfect body type. “Mainly, does the person have enough facility to do the exercises and are they interested in learning?” says Kirkland. “Students who are new will get a sense of character just by practicing what they’re doing in class and how it relates to the variation. This simplicity is very difficult to achieve in a short amount of time—but at least they start to witness how it’s all connected.”