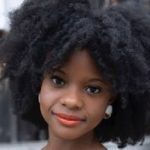 In 2020, Company XIV prepared to honor the 10th season of its holiday production, Nutcracker Rouge. A libertine twist on the classic ballet, the show features bawdy, rigorous choreography danced with a glittering cocktail of carnal abandon and precision. Throughout the show—which includes opera on an aerial hoop—the cast performs onstage and among the audience. An anniversary celebration seemed inevitable. The pandemic had other plans.

Instead, the company presented a virtual program tailored for film, and offered accompanying home bar kits and other gifts in an online boutique to replicate immersion. The digital version led to an increased interest in the company among out-of-state audiences. “We found that our patron list grew quite a bit outside of New York,” says McCormick. The streaming video and accoutrements remain available on the troupe’s website, and McCormick plans to continue offering digital content. But after nearly two years, the live event returned over Halloween weekend, making up for lost time with five reopening parties. The show runs for 14 weeks, through January, with some online viewers making travel arrangements to attend.

Founded by Juilliard-trained dancer Austin McCormick in 2006, Company XIV fuses ballet with Baroque court dance—which he began studying at age 8—and burlesque, circus and live music. The organization performs in its own space, Théâtre XIV, in Brooklyn, New York.

Although all live performances encountered obstacles to coming back, the show’s reliance on close proximity to the audience makes it especially challenging. Last year, McCormick and resident costume designer Zane Pihlström brainstormed options to safely get audiences back in person. “We were considering a peep-through show where the audience is isolated and people are performing one at a time in a different room,” says McCormick. Fortunately, due to COVID-19 vaccines and effective safety protocols, the show has returned to its typical structure with an audience at full capacity. “It’s wonderful that we’re back in this way, without a giant adjustment or sacrifice to the experience,” says McCormick.

The company rehearsed for five weeks, wearing masks. Several artists are reprising their longtime roles, which reduced the time spent reviewing complex choreography. “Everyone had been staying active and ready for the moment when we could reopen,” says McCormick. The excitement was palpable. “I think we’re all aware of not taking performing and doing what we want for granted.”

McCormick developed Company XIV’s COVID policy according to successful strategies at other theatrical companies, aligned with guidelines from the Centers for Disease Control and local health agencies. Patrons’ vaccine cards are checked upon venue entry, and full vaccination is required for the cast, crew, bar staff and administrators. All employees are trained for sanitary practices, and surfaces, bar areas and restrooms are disinfected continually during business hours. The company has also implemented a stay-at-home policy for any performer, staff member or patron experiencing symptoms.

To guard against airborne contaminants, Théâtre XIV has installed the Air Scrubber by Aerus, a state-of-the-art air purification system that uses ethylene-scrubbing technology developed by NASA. Masking is optional—a face-covering mandate would be impractical for patrons, as there are no restrictions on drinking. Yet adaptability is key. “It’s that balance of being super-diligent and staying flexible, because things do change,” McCormick says.

The cast is making a heightened effort to gauge spectators’ comfort with close interaction, and the performers will not be touching audience members at all. “For moments where the host or singers wander through the audience, the big thing we’re aware of is to read people’s energy in terms of whether they want to be approached or prefer not to be, even more than ever,” says McCormick.

Like most of the theater industry, Company XIV was unsure how patrons would react to the first live performances post-shutdown. But the return has been passionately embraced. “The energy has been through the roof,” says McCormick. During the reopening weekend, “It felt like there was so much love in the room for the company, and the performers were giving that right back to the audience. It almost feels like we never left.”

Fortunately, post-Nutcracker Rouge plans are already in the works. Shortly before the pandemic, the company debuted a new show, Seven Sins, which closed after two weeks due to COVID safety measures. It returns this spring.