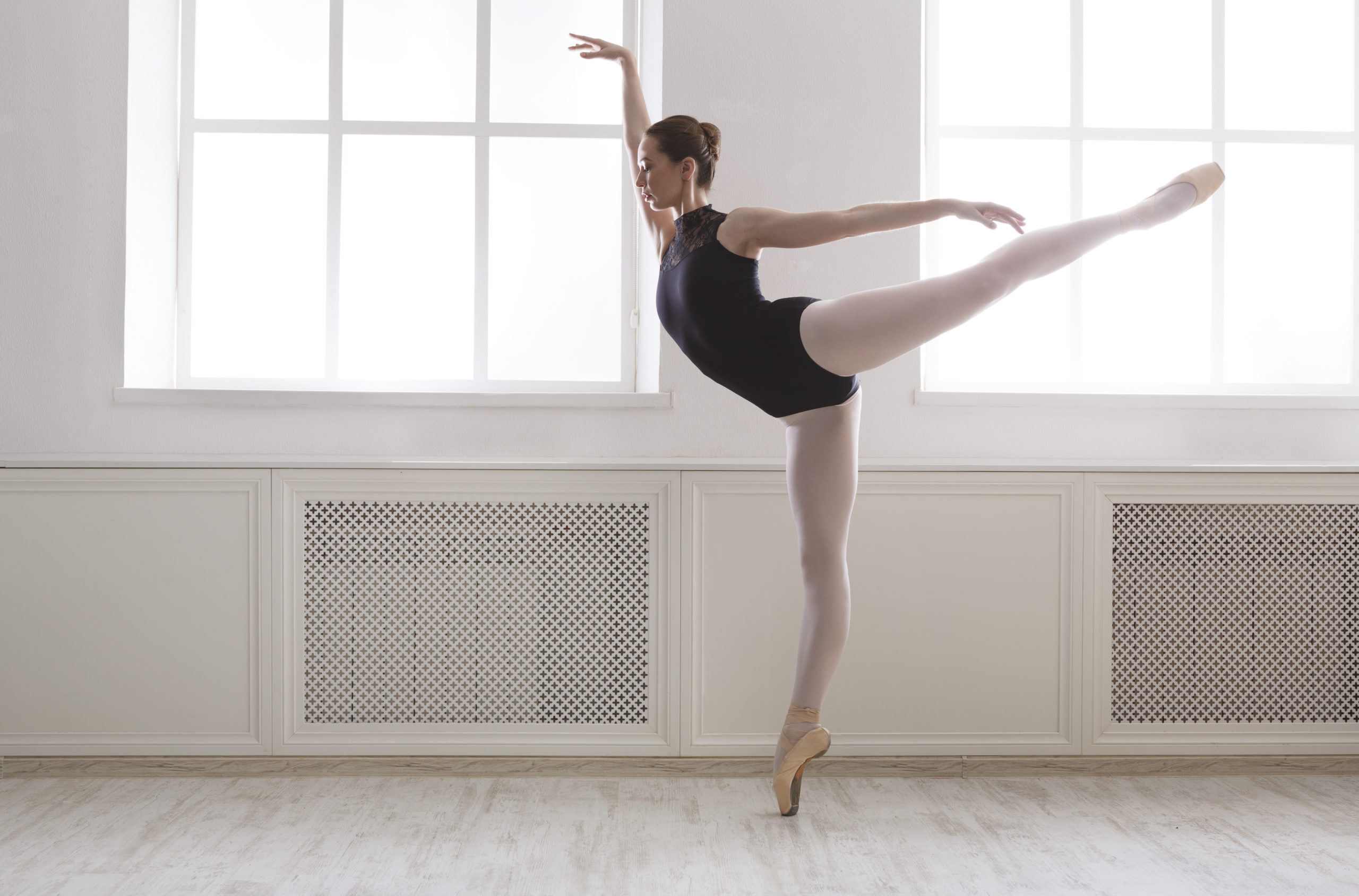 What Would It Take to Change The Culture of Dancing Through Injury?

In the middle of Benji Pearson’s final performance as an apprentice at San Francisco Ballet, he felt his knee give out. Pearson pushed aside the pain and kept taking class—in a few weeks, he’d begin dancing as a corps member with Boston Ballet, and he wasn’t going to start sidelined by injury.

“I felt a lot of pressure about joining a new company and making a good first impression,” Pearson, 22, recalls. So, he kept quiet.

Pearson got through the fall season by covertly modifying movements. But by Nutcracker, the injury had been aggravated. A member of the artistic staff noticed him gingerly guarding his knee in “Russian” rehearsal and pulled him aside, telling him to have it evaluated.

“I was really scared to tell them that something was wrong,” Pearson says. Fears about casting and next season’s contract filled his thoughts. Finally, after dancing on a torn meniscus for more than a year, he sought treatment during the off-season.

From a very early age, dancers are taught that pain comes with the territory, says Ronni Favors, rehearsal director of Alvin Ailey American Dance Theater. “Dance is not natural,” Favors says. “We’re stretching our bodies to extremes.” Think of a young, impressionable dancer developing their splits or breaking in pointe shoes for the first time—basically everything hurts.

“We’re so used to being surrounded by fellow dancers dealing with the same or worse than us,” Pearson says. “Why would I speak up or take myself out of this when people are going through much harder and still dancing?”

Sarah Edery-Altas, a clinical specialist and physical therapist at NYU Langone’s Harkness Center for Dance Injuries, encounters dancers who push through injuries on a daily basis. “They kind of know that’s not right,” she says, “but it’s just normalized in dance culture.” The pop culture portrayals of dancers willing to prioritize performance over health—think The Red Shoes and Black Swan—don’t help with this systemic issue.

Peter Boal, artistic director of Pacific Northwest Ballet, is familiar with the mental gymnastics and rationalization that go through a dancer’s head. “There’s so many times that you question how valid the pain is, or how much voice you should give to that hurt,” he says. “You have hundreds of conversations like that with yourself.”

Everyone from the audience to the artistic staff to fellow company members expect dancers to present themselves as ethereal and otherworldly, but remain resilient and capable behind the scenes.

“Dancers have to go through a lot of challenges to make that happen,” Edery-Altas says. “And that includes not taking care of themselves all of the time for the sake of their audience.”

When injuries inevitably arise, dancers feel shame, social stigma and tremendous pressure to bounce back as quickly as possible. This means taking a risk by downplaying the severity, or hiding it altogether due to fear.

The irony is that most dancers are aware that dancing on an injury is destructive and could prolong the healing process. “It’s a weird relationship we have with our bodies, because we’re always having to push in order to accomplish what we need to accomplish,” Favors says. “But at the same time, we have to be able to listen and take note if something doesn’t feel right.”

Julia Radick, a former professional dancer who is working toward a doctoral degree in physical therapy, dealt with chronic back spasms for years while dancing with Les Ballets Jazz de Montréal and NW Dance Project. She got through most days and performances by taking muscle relaxers and anti-inflammatory medications, “which was probably bad,” she admits. On days when the spasms were so severe that she couldn’t walk, she would call in sick rather than admit she was injured.

“I lied to my boss all the time because I was so afraid of telling the truth,” Radick says. “Anytime I had spoken up it resulted in me losing out on parts or opportunities, and just feeling like I had done something wrong by getting hurt.”

For gig-based dancers performing without the safety net of health insurance or worker’s compensation, the stakes are even higher. In 2014, during a callback, freelance dancer Jeffrey Sykes landed a jump and heard an audible “pop” from their ankle, but kept dancing. The choreographer wanted to see them do the phrase again. “There was no other way for me to prove my worth other than dancing at that moment,” Sykes, 34, says. Sykes booked the gig and spent the next months covering up their sprained ankle. They befriended an acupuncturist and got discounted appointments and took advantage of the workout equipment at their fitness job, trying to quietly self-medicate. “I didn’t tell anyone, I didn’t take any time off,” they say. “I would wrap my ankle every day, pop Advil, and it just eventually became a chronic ankle injury.”

Culture shifts don’t happen overnight, but there are some obvious steps that could stop this cycle from the top down.

“It’ll take years for this,” Radick says, “but people at the front of the room need to stop shaming dancers for being injured.”

Better education about injury prevention and rehabilitation goes a long way: “Teachers are starting to work from a more anatomical brain and from a realistic point of view,” Favors­ says. Encouraging students to work within the structure of the body, and differentiating between “good” and “bad” pain, can ameliorate some of the stress that dancers put on their bodies, she says.

Funding to pay for injury-prevention tools—like high-tech recovery gear or gyms for appropriate cross-training—would also enable dancers to focus on healing and ultimately have a more prolonged career in the physically demanding profession.

“There’s just not the same amount of money in what we do as there is in other arenas that require your body to be put on the line,” says Elizabeth Burke, rehearsal director and co-dance captain of Dorrance Dance.

Tight communication between artistic staff, medical staff and financial stakeholders would help balance the groups’ different priorities, Edery-Altas says. For example, in an ideal world, health-care providers would work with choreographers early in the process to understand the physical demands of the piece, she says. Then a prevention program specific to the choreography and the individual dancers in the work could be developed to help prevent overuse injuries. Work along these lines is already beginning to happen in some companies like Atlanta Ballet.

Robert “Tony” Wright, a freestyle dancer from St. Petersburg, Florida, and visioning coordinator for Dance Artists’ National Collective, says dancers need channels to advocate for themselves, especially freelancers who may take jobs through casual handshake agreements. DANC aims to fix this by giving freelance dancers a contract template to help negotiate for safe and equitable working conditions, he says. The contract includes things that could help prevent injuries, like having time and space to warm up properly, and protocol to follow if a dancer gets hurt, like ensuring dancers are paid in full for observing a rehearsal while injured.

Within companies, dancers can make sure that their fellow performers are supported and have the space to take a break due to injury. “Having real understudies would be huge,” Radick says, because performers would feel like they have the option to bow out without the entire enterprise crumbling.

“Dancers put a tremendous amount of pressure on themselves,” Boal says. “They feel a sense of duty to help the company, the show and their peers. You’re not to unravel the tapestry that’s been put together by removing a thread.”

Immediate changes to the system may seem impossible, but dancers have the ability to affect how they exist within it and enact change, Favors says. “I don’t think you do yourself any favors by remaining mute and being a prisoner of our own fear of speaking out,” she says. “As Martha Graham said, ‘The body never lies,’ and if there’s something wrong, it’s going­ to come out sooner or later.”