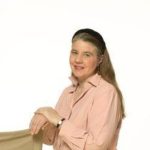 
What makes American Ballet Theatre quintessentially American? A new Ric Burns documentary American Ballet Theatre: A History tries to find an answer. The film airs tomorrow night on PBS’s American Masters series just as the company kicks off its 75th anniversary season. Expect snippets from dancers like Misty Copeland, speaking frankly about being an African American in ballet, and Julie Kent, drawing a sharp contrast between a company founded on a single choreographer’s vision and a repertory ensemble like ABT. These glimpses come between extended slow-motion sequences and long takes from an interview with dance historian Jennifer Homans (whose well-known admiration for Balanchine’s work makes her an odd choice to explain the importance of ABT’s varied repertoire). But the program offers an intriguing taste of the company’s special mystique. Dance Magazine asked Gillian Murphy to tell us more.

What do you think are the characteristics of an ABT ballerina?

The rep is so diverse and the standard is so high that all of the dancers need to be great athletes, exceptionally quick learners and versatile enough to perform a wide variety of classical and contemporary roles. A ballerina in ABT needs the skill and the chutzpah to breathe new life into the iconic roles of the past and the humility and curiosity to continue to grow as the art form expands in new directions.

The documentary shows clips of celebrated past ABT ballerinas. Are there ones whom you especially admire?

Natalia Makarova, Gelsey Kirkland and Cynthia Gregory particularly impressed me when I was a kid. Also, when I joined ABT, I really looked up to Susan Jaffe and Amanda McKerrow. They always epitomized elegance, beauty and richness of character on the stage, and their generous coaching has been invaluable.

In the documentary, you comment about performing Odile. What’s fun—or difficult—about dancing her?

I see Odile as a femme fatale. But I actually feel that Odette’s subtlety and vulnerability is more challenging than Odile’s dynamism. However, since I’m fairly low-key in real life, it’s particularly fun to be the wicked character and stir up drama.

Alexei Ratmansky is interviewed in the documentary. You have worked with him on several ballets. How does his work fit into ABT’s identity as a repertory company?

Until Alexei’s appointment, ABT hadn’t had an official artist-in-residence since Antony Tudor. We have had ongoing creative collaborations with choreographers such as Twyla Tharp and Lar Lubovitch, and it makes such a difference for the dancers to have that ongoing experience with particular styles and movement vocabularies. It’s wonderful to have Alexei Ratmansky working with ABT on a consistent basis. He’s quietly intense in the studio, very specific with every detail of musicality and physicality, and it is a pleasure to work with him.

What do you love most about dancing with ABT?

There are so many reasons why I am grateful to dance at ABT. I’ve always been drawn to dancing the mix of full-length classics and rep by Balanchine, Robbins, Tudor, and so many other masterful choreographers from the past and present. And ultimately, I’m inspired every day by all the extraordinary and unique dancers in this company.