Why Lucinda Childs is Shutting Down Her Company (Again)

At 78, Lucinda Childs is about to pivot—again. The postmodern choreographer and director came to prominence in the 1960s and ’70s, first with Judson Dance Theater and then with her own eponymous company. She shut down her troupe almost two decades ago to work as a freelance director, relaunched it nine years later to stage a couple of revivals…and then just kept going. We spoke to her as the company was getting ready to wrap up its final season, which included a summer staging of Available Light—a 1983 work developed with John Adams and Frank Gehry—at Lincoln Center’s Mostly Mozart Festival, as well as final performances Oct. 29–Nov. 4 at New York City’s Museum of Modern Art. You’ve said before, “What we are fighting for, especially my generation, is that dance is in and of itself a beautiful thing.” Does that still feel like an argument that needs to be had?

Yes, and on many levels. I feel we’ve been struggling and fighting for the art form. People assume that, since we’re a dance company, we have an agenda. My generation was associated with the political movement of the ’60s. But it was just about the work. It was an intellectual situation, with all different artists working together. What was it about Judson Dance Theater that made it so significant for dance?

It was open. Anyone who wanted to share their work was more or less invited. It was free, and it was a movement that was separate from the modern dance community. None of the dance critics wanted to have anything to do with it. But the art world felt connected to it, and the composers did.

Your work is very pattern-driven, precise. Are you usually reacting to the music? Or do you develop work in your head, then pair it?

I’m responding to the music. I study the score, and then I create a structure that fits. I need to play off of it, or play into it—making precise connections to it. It starts by listening, and then thinking about it intuitively, writing out all the different sequences. I look at where there could be musical transitions that we abide by, and where there are ones we don’t abide by. 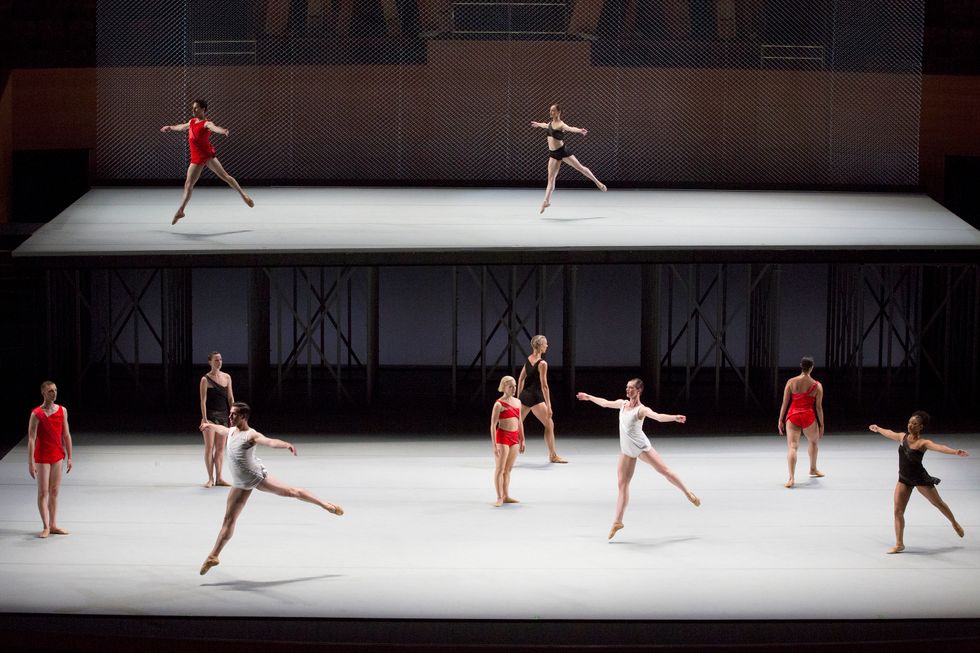 You shut down your company once before, then rebuilt it for a couple of revivals—at first Dance and Einstein on the Beach—and kept it going for roughly a decade. How was it different the second time around?

When you are an artistic director, you have a lot of responsibilities that take you away from your actual work. So the difference this time was that I had an agent who was also a producer. I didn’t have to do all the budgetary decisions. The newer iteration of your company has focused on revivals of your older work. How have audiences reacted this time around?

The company took off this time in a way I’d never expected. We did a lot of touring in the U.S., which never happened for Einstein the first time around. Same for Available Light; we were able to bring these things back.

So why shut down the company again now?

We never expected it would go on for 10 years. And it’s been wonderful. We’ve been very, very fortunate. But now, I feel it’s almost a natural thing. Everybody’s ready to move on. Everybody gets a chance to regroup a little bit.