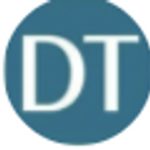 For years, Makhloot and his crew of Kabul-based breakers felt like no one was paying attention to them.

“Everybody forgot about Afghanistan,” says the breaker and teacher, who goes by his b-boy name for his safety. “Afghanistan was hiding in the map of the world. For years, nobody saw us.”

Things changed when his student and crewmate, Manizha Talash, began getting international press attention last year for being “Afghanistan’s first female breaker.” The newfound recognition of the breaking community in Kabul was a welcome change—except for the fact that some articles made obvious the location of the club where the crew, called Superiors, was training, putting them in danger.

Earlier this year, a man came to the club pretending to be interested in watching them practice. Suddenly, dozens of military officers rushed in to apprehend the man, who turned out to be a suicide bomber. Informed that they were now under imminent threat, Superiors shut down the club, where they had been training over 60 students. “We didn’t train anymore—we didn’t have any good training places,” Makhloot says. “We all left everything we’ve got.”

Today, Makhloot and many of his crewmates have had to leave behind not only their training club but their country, as the government collapsed in August and the Taliban has taken over. “We were in danger even when the government was still active,” he says. “When the government fell apart, there was no chance to do this.”

Sema dancer and teacher Fahima Mirzaie was about to tour a theater program to four provinces of Afghanistan when Kabul fell to the Taliban. Sema, a Sufi spiritual dance performed by whirling dervishes, is seen by the Taliban as heretical, especially when performed by women. Though Mirzaie is told often that she shouldn’t dance sema as a woman, and that dancing altogether is haram—or unlawful under Islam—it is the way that sema allows dancers to transcend categories like gender that draws her to the practice: “In sema, there’s not any borders for the human,” she says.

Like Kabul’s breakers, Mirzaie and her small school were in danger even before the collapse of the government—in 2019, she narrowly survived an attack while on the way home from dancing in Balkh, a town in northern Afghanistan and the birthplace of Rumi, the originator of sema.

In September, Mirzaie quickly pivoted from planning her tour to planning her evacuation, and was able to get on a flight to France just a day before the Kabul Airport bombing, which killed several of her friends. Many of her fellow dervishes and students haven’t been able to get out. “Our team is not safe,” she says. “And I have some worry for them. Everyone knows that the vision of the Taliban is not the same as us.” Mirzaie was able to bring her drum and her sema clothes with her, but her school, where she was teaching men and women, adults and children, was ransacked.

Makhloot emphasizes that while there were challenges to running a dance crew and school in what he calls a traditional society, for many years, Kabul was a thriving cultural center. “Everything happened in Kabul,” he says. “Kabul was a place you could feel everything. People were all together, they were kind. Suddenly everything changed—suddenly Kabul got empty.”

Indeed, Makhloot and his crew (he’s been a member of several over the years) held lots of events—ciphers, competitions and more—that often incorporated music and other art forms. “We just wanted to unite people and make them interested in becoming the next generation of hip-hoppers,” he says. “And we wanted to show them that this is the good face of Afghanistan.”

When it was announced that breaking would be included in the 2024 Olympics, Makhloot and his crew began setting their sights on such an international stage, striving to clean up their technique and enhance their creativity, to “make movements of our own—we don’t want to copy other people,” he says.

Makhloot says that Superiors are on par with the global breaking community despite the lack of resources that often made training difficult. Finding a safe space, especially one with a proper floor, was always a challenge. Several months before the attempted suicide bombing, a car exploded on the street outside a cipher, forcing the crew to temporarily shut down operations.

“Even though we had students, we couldn’t find a lot of money to pay the bills,” Makhloot says. “We were just paying the rent from our own pocket. Sometimes we didn’t have money to eat food, but we were training. We didn’t have money to give to our families. I was used to hard labor to find money, and breaking at night. This is why we’re gone from Afghanistan. I don’t want to live there again.”

Like Mirzaie, Makhloot worries about his crewmates and fellow breakers who are stuck in the country. “We were in danger because we were doing something unlawful,” he says. “We said that in this situation, we’re not going to survive because they will find us and they will try their best to do anything that they can against us.”

Mirzaie is thankful to have landed in a country that is supportive of her dancing. She lives with a friend, a fellow dervish, and has already had several opportunities to perform. “I find such a good thing with this dance,” she says. “I find myself. I find peace. It is a special thing—those people who do sema, they know what I’m saying. Sema is love for me.”

Though Makhloot is not yet in a place where it is safe to dance, he hopes to one day cultivate undiscovered breaking talent around the world. “Maybe someday I can travel to other poor countries to find their talents, to find their dancers,” he says. “They’re doing it, but nobody knows about it.”

He still has high aspirations for his crew, too. “If we had the chance, we could be so much bigger than this. My crew, they’re all professional breakers. And you’ve never seen them before. Why? Because we live in Afghanistan.”