My Memories of Alicia Before Alonso 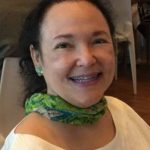 Alicia has died. I walked around my apartment feeling her spirit, but knowing something had changed utterly.

My father, the late conductor Benjamin Steinberg, was the first music director of the Ballet de Cuba, as it was called then. I grew up in Vedado on la Calle 1ra y doce in a building called Vista al Mar. My family lived there from 1959 to 1963. My days were filled with watching Alicia teach class, rehearse and dance. She was everything: hilarious, serious, dramatic, passionate and elegiac. You lost yourself and found yourself when you loved her.

When Alicia realized then she was losing her sight, she left Ballet Theatre and returned to Cuba for a time in the early ’40s. My mother told me that she stayed in a Cuban asylum for three days. As her sight declined, Alicia observed patients so anguished from trauma, their minds had blinded them to reality. This experience framed her interpretation of the mad scene in the first act of Giselle. She took those faces and layered them onto her own. You need a clear vision of the role to be fearless enough to do that. Alicia saw the world with many different sets of eyes. 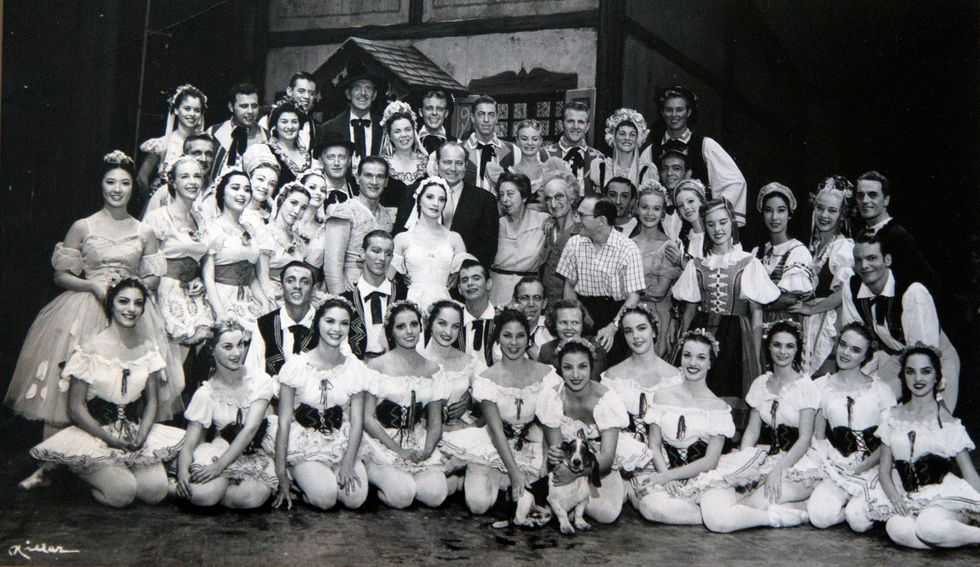 Ballet de Cuba after a performance of Coppelia in Havana.

My father entered her life in 1945, when he became an assistant conductor of Ballet Theatre for the 1945, 1946 and 1947 seasons. In between performing at the Metropolitan Opera House and City Center, the company went on two international tours, promoted by Sol Hurok.

My father, Igor Youskevitch and Alicia became a trio. She never had to worry about Igor being there when she jumped into his arms. She also never had to worry about tempo. My father followed her to the tenth of a second. When a dancer ends a series of quick steps, and she looks as if she is late at the on the final landing, it is not her fault. It is the conductor’s fault.

The body does not work like a metronome. Someone has to know you and love you to make that orchestra play imperceptibly faster or slower in the last two bars. The conductor has to be able to anticipate what the dancer is going to do, based on an analysis of the performance he is conducting. When he can do that, the dancer can finish a quick set of movements exactly on time. The audience is none the wiser. That is what my father did for Alicia. In his own way, he partnered her, too.

That means that many ballets, especially the second act of Giselle, were conducted in many tempi. The tempi Adolphe Adam indicated in the score were only partially relevant, because the music was there to fit her. In Giselle’s solo adagio at the beginning of the second act, the first arabesque is accompanied by a clarinet solo. Alicia stretched that arabesque into a split. Her skirt made a perfect half circle. Her torso went to the middle of her body, creating right angles that divided her legs evenly. She chose a slower adagio tempo than most.

However, when she did the entrechats at the end of the second-act pas de deux with Albrecht, to this day I think no one has ever done them faster. They were exact, accurate, brilliant. She ended the sequence of steps with a series of quick chainé turns, ending with an arabesque on pointe, and she held it. Today, many dancers end chainé turns with a floor pose, because there is less risk. Not her. Never her. She brought the house down every time. Alonso at the airport on tour
Courtesy the author

During the 1945 tour of South America, Alicia found out that Fernando had been fooling around with a corps member. She left their bed to go sleep with my mother, ordering my father to go sleep with Fernando. I could just see my poor father, bewildered in his pajamas, slippers and glasses, opening the door to Fernando’s bedroom.

I don’t think there has ever been a tradition of female ballet dancers standing up to powerful men the way she did, but Alicia was timeless. Back at Ballet Theatre, there is the famous story about Alicia facing Antony Tudor, who was known for bullying dancers, and saying, “Mr. Tudor, you can’t ever make me cry.”

In one rehearsal, Balanchine started conducting the piece faster to push her. She had no peripheral vision. They had to put lights in the wings around the stage, so she would know where she was. Alicia was not going to accept anyone who might create a situation where her disability would be revealed to the audience. She needed people who were going to support her. So she had left a heavy wood baton on the podium at the next rehearsal—so heavy he couldn’t conduct any faster. Balanchine got the message.

My mother is the only source of what happened next: Alicia met with Lucia Chase and said, “Only Benny.” That is how my father came to conduct the premiere of Theme and Variations in 1947 instead of Balanchine. Alicia didn’t like Balanchine very much. She always thought he only cared about himself, when ballet was a team effort. The author in front of the theater, 1962
Courtesy the author

After American Ballet theatre, she returned to Cuba to establish the Ballet Alicia Alonso in 1948 and took another tour of South America. In August 1949 she was stuck in Santiago de Chile and had to ask the Cuban Government for money. They sent $2000 and then $5000, but she still owed 35,000 Chilean pesos. She also owed the transportation company the cost of 35 tickets plus baggage to get from Santiago de Chile to Buenos Aires, where she debuted the company with Coppelia.

She couldn’t pay for the cost of the hotels in Buenos Aires. A deal with the Teatro Municipal gave her 15,000 Argentinian pesos weekly, but the daily box office revenue had to go to the transportation company. She had to ask for money from the Cuban Government again. The Ministry of Education gave her $12,000 for the year, which would have to last her until June 30, 1950. She was hoping her company would go on even if she did not get more funding from the Cuban government. Her dancers were superb, which compensated for the economic failure.

Yet Ballet Alicia Alonso closed owing to lack of funding in 1956. She was still a legend. The world just didn’t know large a legend she was yet.

When Fidel Castro came to power two years later, Fernando asked for $100,000. Fidel gave them $200,000. Alicia was a “Fidelista” for the rest of her life. He was her hero and her friend. Politics might have fractured abroad, but she found it incomprehensible that anyone would think she had to apologize for anything. Fidel set her free, and she built. 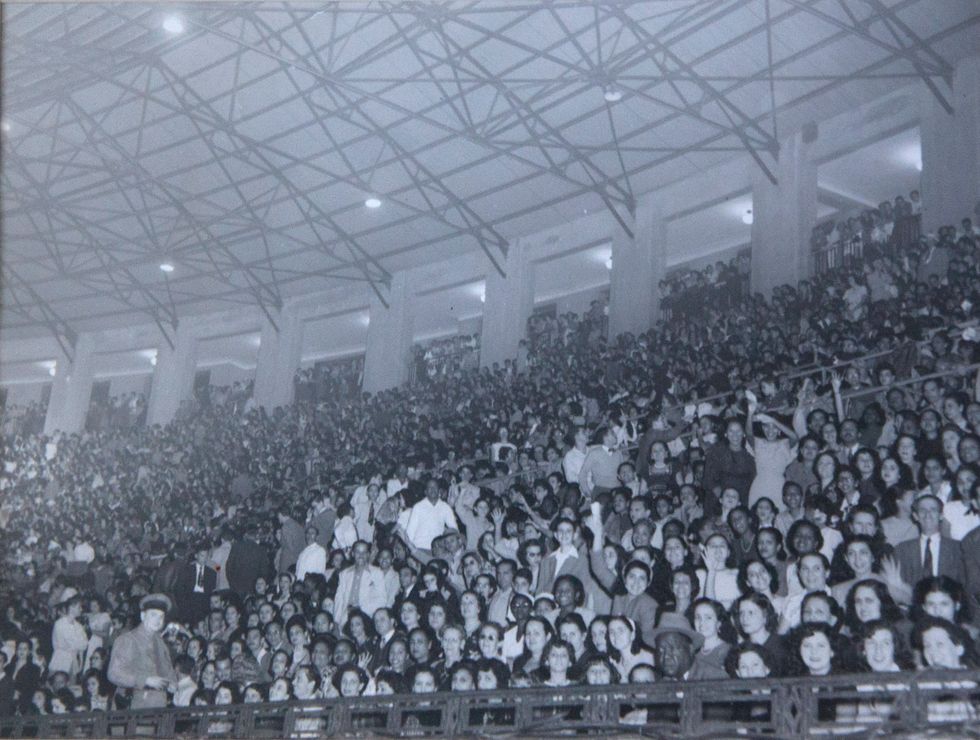 She went to orphanages to find talented students. She cut sugar cane in the fields with the rest of the company for the Revolution. In 1959, my father, mother and I joined her.

I saw her dance every day. My childhood was a fairy tale of swans and Swanilda. I would dance in the aisles of the Gran Teatro during rehearsals.

When Kennedy’s boats came during the Bay of Pigs, we could see them from our wraparound porch through a telescope. The guns were facing us.

Kennedy’s assassination was announced during an orchestra rehearsal. My parents were dumbstruck, but no one else cared. I remember not caring.

My father took us back to New York when his contract ended in 1963. Our time with Alicia was over, but a childhood like that doesn’t leave you. It shapes you, even if you are in America and have no way to explain it to anyone else.

Why couldn’t he have stayed in Cuba with Alicia? I don’t know, but I will never stop asking God.

That she has left this earth does not mean she is gone. She just passed into eternity. Now, we will have to dance for her.