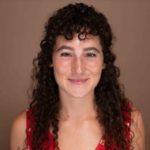 Last fall, freelance dancer Reché Nelson stepped into a movement lab with a choreographer she was excited to work with for the first time. Nelson expected to engage in creative conversation throughout the process, but the bulk of her days was spent generating her own solos based on various prompts, learning other dancers’ phrases, and being instructed to combine, manipulate or rearrange certain parts. “It felt a lot like a game of telephone,” she says.

Noticing how the choreographer gravitated towards some dancers and away from others, Nelson became focused on creating something worthy of approval. “But as someone new to the choreographer, I never felt like I got to learn her personal aesthetic or movement style,” she says. “I didn’t really know what was expected of me, and it felt like a stab in the dark.”

Nelson’s exchanges in the room made her question whether choreographers and dancers are always on the same page when it comes to movement development—and, in turn, credit for what they create together. “What are we calling this process?” she asks. “Are we making it a hierarchy with a choreographer and dancers, or are we all collaborators, and you’re just the person who brought us together in the room with an idea?”

In a time when many old systems in our industry are being reevaluated, dancers are taking a closer look at how the dynamics­ among collaborators and creatives seem to be shifting; the boundary between dancer and choreographer is not always as clear as it once was, and the common hierarchy of choreographer/associate choreographer/dancer does not always accurately reflect what is happening in the room. While the desire for choreographic credit can seem territorial, the conversation happening throughout the community is generally less about ownership and more about clarity and respect. Stories from a diverse range of artists on both sides of the table show that projects can vary widely in their creation structure and leadership, and an expansion of dance industry terminology and job titles could be a first step toward building a more inclusive space where everyone’s contributions are recognized.

Another dancer, who asked to remain anonymous, crafted a striking movement phrase during the creation of a new piece for the company he’s a member of, and it ended up as a prominent motif in the final work. As he watched the choreographer receive praise for that specific part, he silently wished he had kept it for a project of his own. “Obviously as a dancer you walk into the rehearsal room and you’re ready to offer your creativity,” he says. “But it’s not like they came up with the movement and I enhanced it with my artistry. I came up with the movement and I also enhanced it with my artistry, and all the other dancers enhanced it with their artistry too. So I can’t help but wonder, what did the choreographer do?”

The accepted definition of “choreographer” is the person who composes the physical steps—not necessarily completely on their own, but the majority of the movement creation stems from that individual. So when the process is more of an exchange, other terms could help properly distinguish everyone’s roles and relationships to the material. “Movement director,” “movement stager,” “editor” and “collaborator” all mean different things, and one might be more appropriate in a certain situation than another. A single label is not applicable to every creative project. In the above dancer’s case, he feels one solution could have been to credit it as “choreography by the dancers, staged or directed by X.”

“As a collective, there needs to be a clarification and accounta­bility of these roles, what they entail, and the financial and career rewards that come with each of them,” says Betty Weinberger, a dancer and choreographer who has worked as an associate and collaborator alongside many choreographers. “There are dancers who don’t have a desire to be a part of the creative conversation,” she says. “But then there are also dancers who are innately extremely creative and conversational. They care a lot about the storytelling; they’re willing to voice their opinions and ideas. It’s a completely different skill set.”

Even though many, if not most, choreographers rely on creative contributions from dancers and are often happy to say as much, the lack of formal, written acknowledgment of dancers’ concrete input can create barriers for artists, like Weinberger, who are interested in advancing their careers further into choreography. Without specific recognition in printed programs or choreography credits on their resumés, it can be difficult to prove the depth of their experience to potential employers and funders.

“Unfortunately, dancers get taken advantage of,” she says. “It’s frustrating that we often feel like we don’t have a voice, but then when we’re asked to have one in a creative space, we don’t get credit for it.”

All these artists emphasize that the discourse is not driven by malice. They deeply respect the choreographers they’ve worked with, feel grateful for the opportunities and think the shows they’ve created are beautiful. The issue isn’t personal, it’s structural.

“It’s not about how much we’re going to really break things down and claim ownership over each move,” says Amy Gardner, a freelance choreographer and director who is now working primarily in film and commercial dance. “It’s more about changing the environment and removing some degree of the capitalistic hierarchy, to level the playing field and honor all parties.” This issue gets highlighted when it’s time for the industry to give out awards, such as the Tony Awards for Broadway shows and the Bessies for New York City concert dance. The honors go to the credited choreographers whose work stood out most during that season—not to the dancers and assistants who may have helped create the movement—and the winner gains prestige and greater opportunity.

Brinda Guha, a New York City–based South Asian dance artist, is commonly brought onto projects as a “cultural consultant,” an ambiguous term that implies she serves in an advisory capacity to ensure the work is culturally appropriate. But she often ends up choreographing a portion of the movement that gets presented onstage or in live workshops, without any credit.

“This has been the age-old problem,” says Guha. While many artists of color are excited to share their voices and knowledge with big industry names, the contributions and compromises often don’t lead to the further work they hope for. “There were limited resources coming in for us to build our own craft,” she says. “So we would go toward these gigs as a networking or door-opening opportunity that would then lead nowhere, but would benefit everybody else.”

In 2019, Actors’ Equity Association—the union representing theater performers—and The Broadway League—the trade group representing theater owners and operators, producers, presenters and general managers—agreed on a new contract for developmental labs, which are used by productions in the early stages of a show’s creation. The contract stipulates that dancers, actors and stage managers who take part in that developmental process will split 1 percent of the show’s profits for 10 years after it recoups 110 percent of its initial investment. While 1 percent is a small number to a successful show making a million or more dollars a week, receiving a consistent portion of that can make a big difference in the life of an artist. In the concert dance realm, A.I.M by Kyle Abraham offers ongoing royalties to its dancers who participate in both the creation and premiere of a piece, even if they leave the company and the work continues being performed by others.

More administrators and presenters are also prioritizing clarity, says Clarissa Soto Josephs, the executive director of Pentacle, a management support organization that helps dance and theater artists with the business side of running their companies. A decade ago, many dance artists weren’t even using contracts, and if they were, the agreements were often very informal. “But now I’ve seen choreographic or collaborative credit become much more important,” she says. “And I’ve seen some artistic directors embracing that from the start and automatically stating it as part of the job.”

And artists like Guha are feeling more empowered to advo­cate for themselves. “It’s trying to balance what to be grateful for and what to speak out for,” she says. Along with others in the community, she is in the process of crafting language around asking for credit as well as for more clearly defined­ differences between the roles of associate, consultant and co-choreographer. “But everything still doesn’t have a place,” she says. “And if that means we need to create more language and create more roles, then that’s what we have to do. But we have to start with definition. What is everyone actually responsible for?”