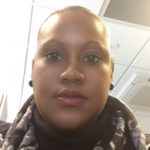 Alvin Ailey American Dance Theater celebrates the 50th anniversary of one of its seminal works Cry with a new filmed version, performed by Jacqueline Green. It’s currently streaming for free on the company’s YouTube channel until May 22.

At the time Cry was choreographed in 1971, Josephine Baker was perhaps the only Black woman dancer to regularly command a mainstream stage. Ailey created the dance on his muse, Judith Jamison, explicitly dedicating it “to all Black women, especially the mothers,” in recognition of their particular experiences and the dearth of stories about them. However, elements of the pain, frustration, inspiration, and, yes, moments of jubilation dramatized in Cry easily resonate with women of all backgrounds.

At the dance’s premiere, the figure of the mahogany-complected, statuesque Jamison, center stage, her hair in a close cropped afro, was at the time a radical departure and a stunning nod to a new era. The costume, created by A. Christina Giannini had Jamison in all white; long sleeved leotard and a full, ankle length, ruffled skirt. A rectangular white cloth several feet long, fulfilled several roles, including makeshift crown, another radical statement about Black womanhood.

The dancers who have performed Cry form a special club. They call themselves the Cry girls and have discussed the intricate rituals involved with preparing to perform, then recover from the emotionally and physically grueling 17-minute solo. Jamison, who had not danced the ballet from beginning to end until the premiere itself, has commented, “If I had known how hard this dance was, I wouldn’t have come out on the stage.”

With its timeless beauty, emotional and technical heft, and historical resonance Cry remains a must-see ballet for every aspiring dancer and dance lover.