The runaway hit is carving out new possibilities for dance on Broadway. Picture a group of dancers who can do it all. Place them in an unlikely musical about America’s first treasury secretary, Alexander Hamilton—think city streets pulsing with revolution, battlefields and ballrooms, political intrigue and scandal—and watch them go. In one moment, their hands look almost Fosse-like; in another, they’re soldiers in full battle regalia, all whirling physicality and sharp movements; in still another, they sweep across the floor in formal gowns, the style aptly reminiscent of an 18th-century courtship dance.

This is the world of Hamilton, Lin-Manuel Miranda’s hit Broadway musical, where cabinet meetings are rap battles, bullets are personified through movement and an ensemble of triple threats weaves seamlessly through it all, tracing and shaping our understanding of the action. Since it first exploded onto the off-Broadway scene with a sold-out run at New York’s Public Theater, the show has taken the nation by storm. Big names—from Stephen Sondheim to Busta Rhymes to President Obama himself—have flocked to the Richard Rodgers Theatre in droves. The show has attracted a following from people all over the country, many of whom never would have thought of attending a theater performance otherwise. Those who can’t get their hands on a highly coveted ticket experience it through watching the free #Ham4Ham shows the cast puts on outside the theater during lottery drawings, listening to the Grammy-winning soundtrack on repeat and following the cast on Twitter.

Dance has made waves in a fair number of musicals recently, from Christopher Wheeldon’s balletic An American in Paris to Joshua Bergasse’s fresh take on On the Town. Choreography often thrives in revivals or more traditional shows. But Hamilton—and its movement—feels different: It’s at the forefront of something game-changing, and truly of-the-moment.

This isn’t the first time dance has been integral to a landmark show. Agnes de Mille’s dream ballet for Oklahoma! in 1943, often considered the first major instance of dance moving the plot forward in a musical, revealed the inner workings of the main character’s psyche. Jerome Robbins, in shows like West Side Story, made the movement an essential tool for understanding who the characters were. In Michael Bennett’s A Chorus Line, which pulled back the curtain on show business, dance—and the struggles of dancers trying to make it on Broadway—was the story. And in the same way that Hamilton, which is sung-through, feels saturated with words, it’s also chock-full of movement. Like an engine that propels the action forward, the ensemble moves almost nonstop through the nearly three-hour show, embodying the emotional arc of the plot and staying in constant dialogue with the music. 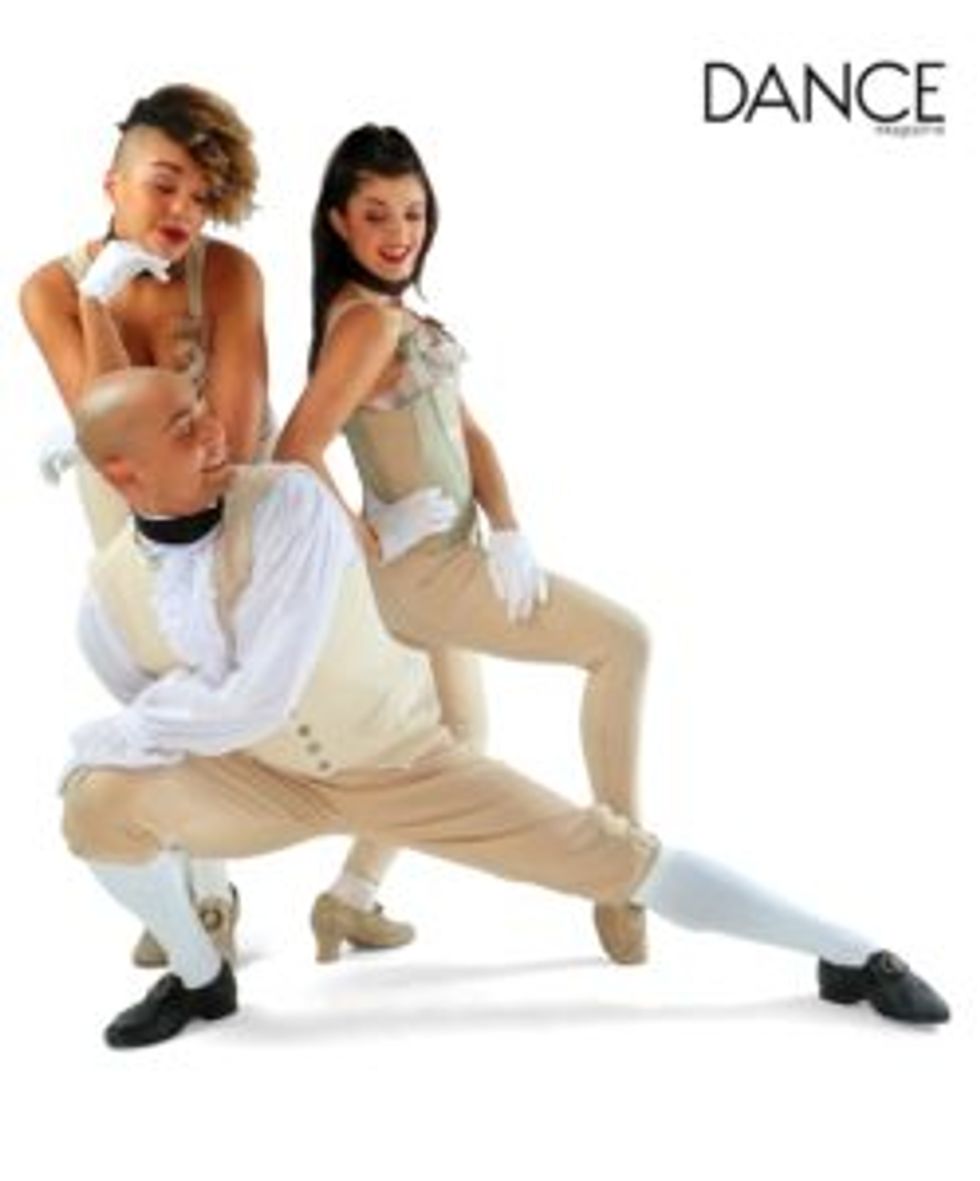 “Hamilton ends up being sort of like a ballet in many respects,” says choreographer Andy Blankenbuehler of movement’s weight in the show. The choreography, though, is a mash-up of styles, incorporating everything from jazz to hip hop to swing to jitterbug. To Blankenbuehler, each movement onstage is a piece of choreography—even those as simple as a person standing still on a turntable as it rotates them around. And every one of those moments furthers the story in some way, placing a huge responsibility on the dancers. “We’re all greatly involved in giving the experience its detail,” says ensemble member and Hamilton understudy Jon Rua. “We’re translating it. We become a medium for you to take in what’s going on.”

Blankenbuehler’s process was about finding the right way to build movement from the show’s action. “I think there’s a challenge to throw away the idea of steps, because steps are based on an idea that has already happened,” he says. “Hamilton was really from the ground up brand-new.” There are recognizable shapes sprinkled throughout: turns, kicks, isolations. But as quickly as you think you’ve noticed a specific step, it’s blended with something else. He emphasizes that the score allowed him to make the movement feel so fresh and contemporary—and to draw from so many rhythmically driven styles. The music, which tells much of Hamilton’s story through rap, also incorporates elements of jazz, British pop and classic Broadway show tunes, and references a melting pot of artists, from Rodgers and Hammerstein to The Notorious B.I.G. “Just the fact that I’m imitating Lin’s music makes the imitation really current,” Blankenbuehler says. “Lin doesn’t write stagnant music. Even when he writes a slow song, it moves.”

But what’s making Hamilton resonate with so many people? After all, hip hop has been brought to Broadway before with mixed success—including by Blankenbuehler and Miranda, who worked together on the Tony-winning In the Heights and the shorter-lived Bring It On: The Musical. With Hamilton, it’s the way hip hop makes this particular world recognizable, and speaks to our current moment in history. And it’s the visual, in addition to the music, that lets audiences see a story they can relate to. “Social dance reflects how people are feeling at the time,” Blankenbuehler says. “Hip hop gives a sense of expression to humongous groups of people who are struggling with social injustices.” By using hip hop, the show filters the action through a lens that feels directly relevant to the anxieties our own culture is facing. “Our history is repeating itself,” Blankenbuehler says. “We have things that are important to fight for. We are demanding for our voice to be heard—that’s happening more than ever.” 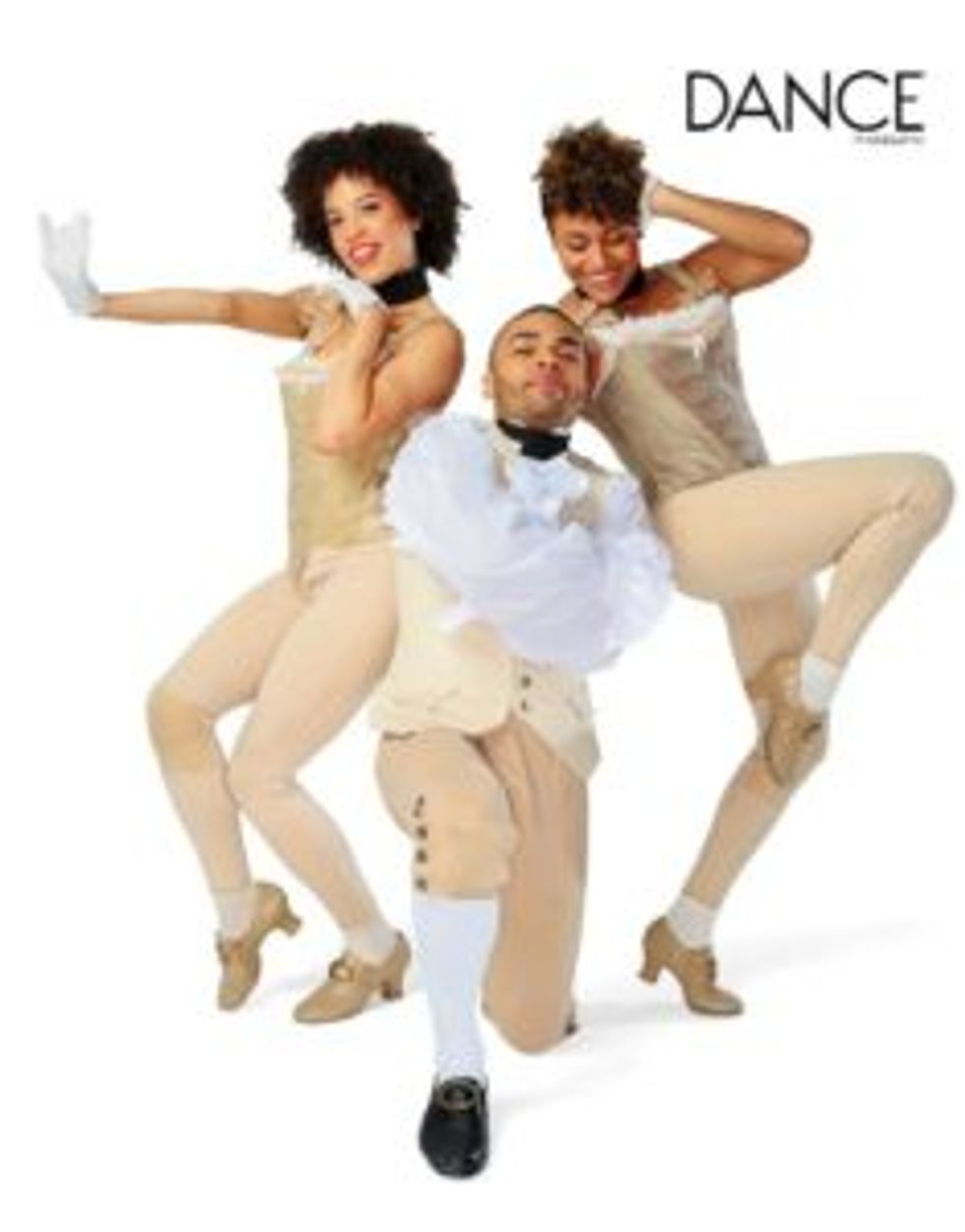 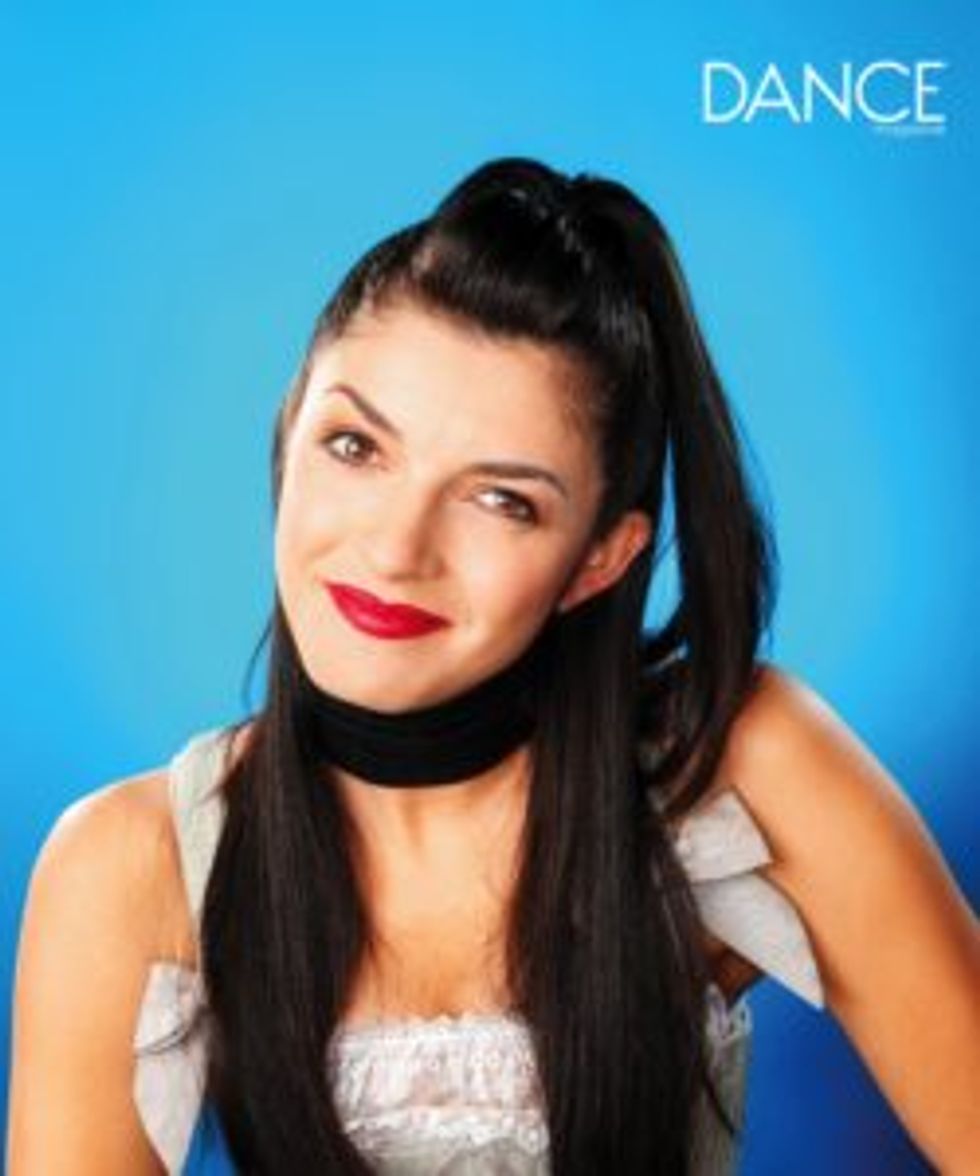 On getting to Broadway:
“I went to school for business, specializing in economics, and continued to perform on the side. When I graduated, I moved to New York within two weeks, by myself, and started auditioning.”

On backstage life: “We all have a lot of moments with each other that happen every night. Going into the final duel, I always look up at Jonathan Groff in the balcony—he makes a face and I mimic it.”

Craziest fan encounter: “I was proposed to at the stage door, with a ring and everything.” On being a swing: “Each male track is completely different, as far as style. I try to keep the essence of each person. All six have individual things where you can take liberties and put your own funk into it.”

Favorite number: “The very first time I went onstage was for ‘Wait For It.’ That was probably one of the most empowering and life-changing moments because I was just like ‘Alright, there’s no turning back. It’s time to show what I got.’ ”

On working with Miranda: “For me, he made it cool to just be yourself and keep doing things that you love, regardless if people laugh at you.” Notable ensemble roles: The bullet during the final duel; Sally Hemings in “What’d I Miss”

Warm-up routine: “I have a playlist of good-luck songs. I’ll listen to ‘Gabriel,’ by Lamb, then Rihanna to get me fired up, because the show sort of pops you out of a cannon.”

On performing eight shows a week: “Sometimes we make up different backstories. One night maybe my name will be Sassy Chartreuse during the ball, and then another night I’ll be Amiable Amelia who’s just trying to blend in.”

On celebrity visitors: “I grew up watching Meryl Streep, Angela Bassett, Megan Mullally—all of these powerhouse women got tickets to our show and have been so gracious.” 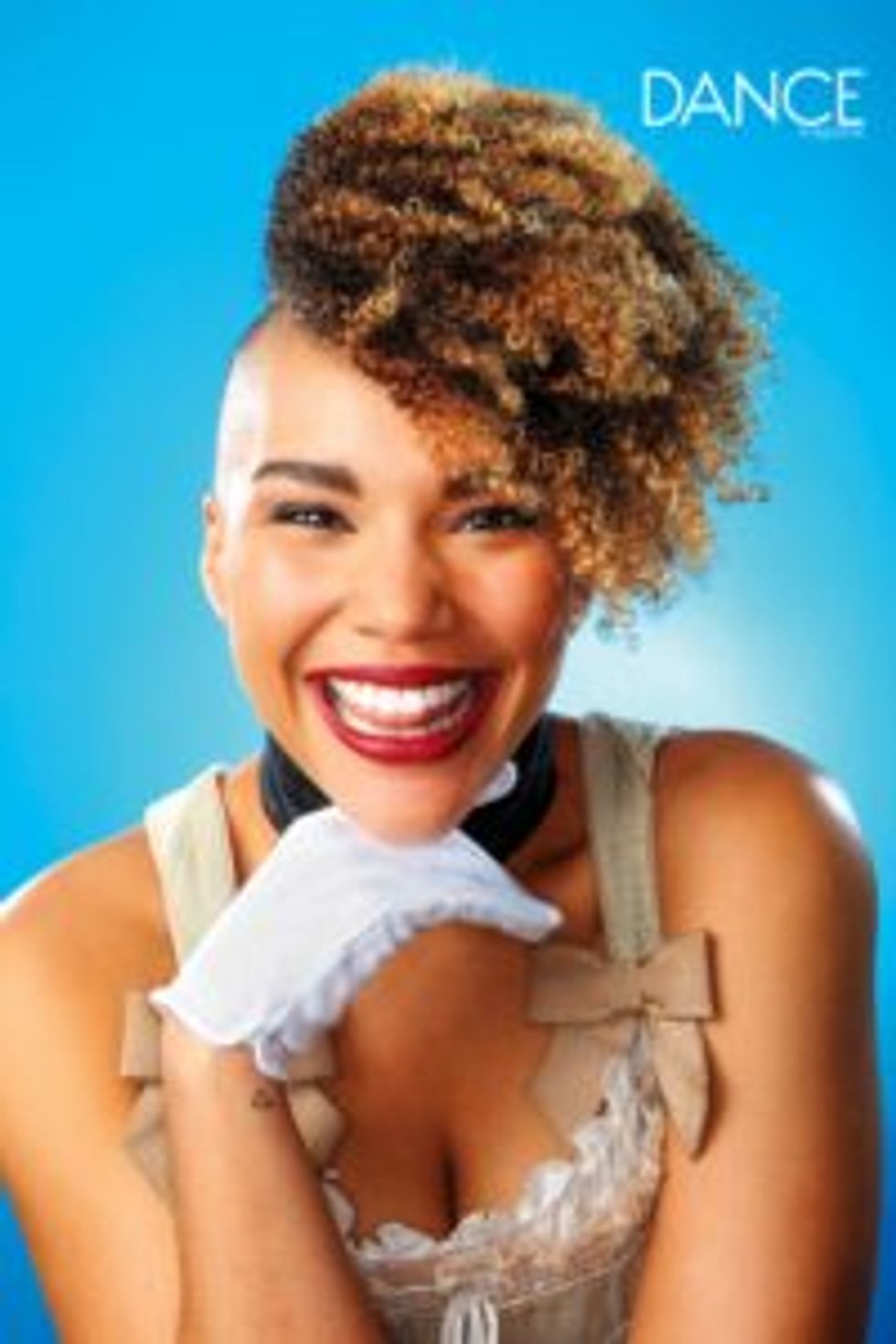 On the costumes: “Our costumes are full of buttons and almost every other number a button falls—now the sound of a button hitting the floor will always make me think of this show.”

On celebrity visitors: “We have a wall backstage that celebrities sign. It used to be this life-sized picture of Alexander Hamilton, but now it’s just full of writing.” 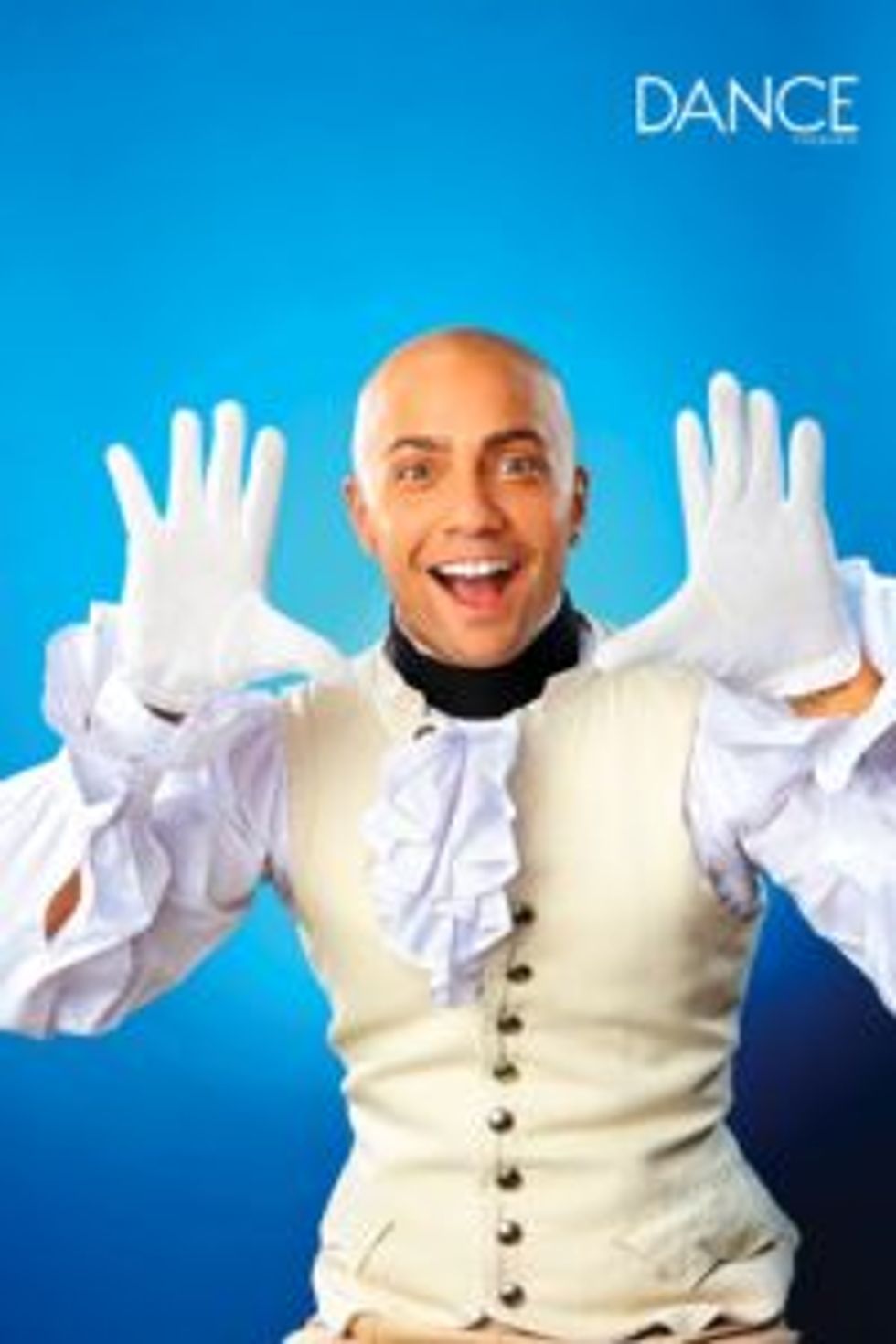 Memorable celebrity encounter: “MC Hammer—I think he was shocked at how much of a fan I was, but I was like ‘You’re the reason I started this whole thing!’ ”

Post-show attitude: “When I leave the theater, I don’t worry about it until the next day. The paint is on the picture.” On battle scenes: “I like being a soldier. It’s pretty badass that men and women are given the same choreography. It’s only sort of gender-specific in the ball, actually.”

Recognizable moment: “I did a #Ham4Ham where I played Hamilton in ‘My Shot,’ and it’s this crazy Twitter phenomenon—I get fan art.”

On working with Blankenbuehler: “It’s a master class in how to tell a story.” 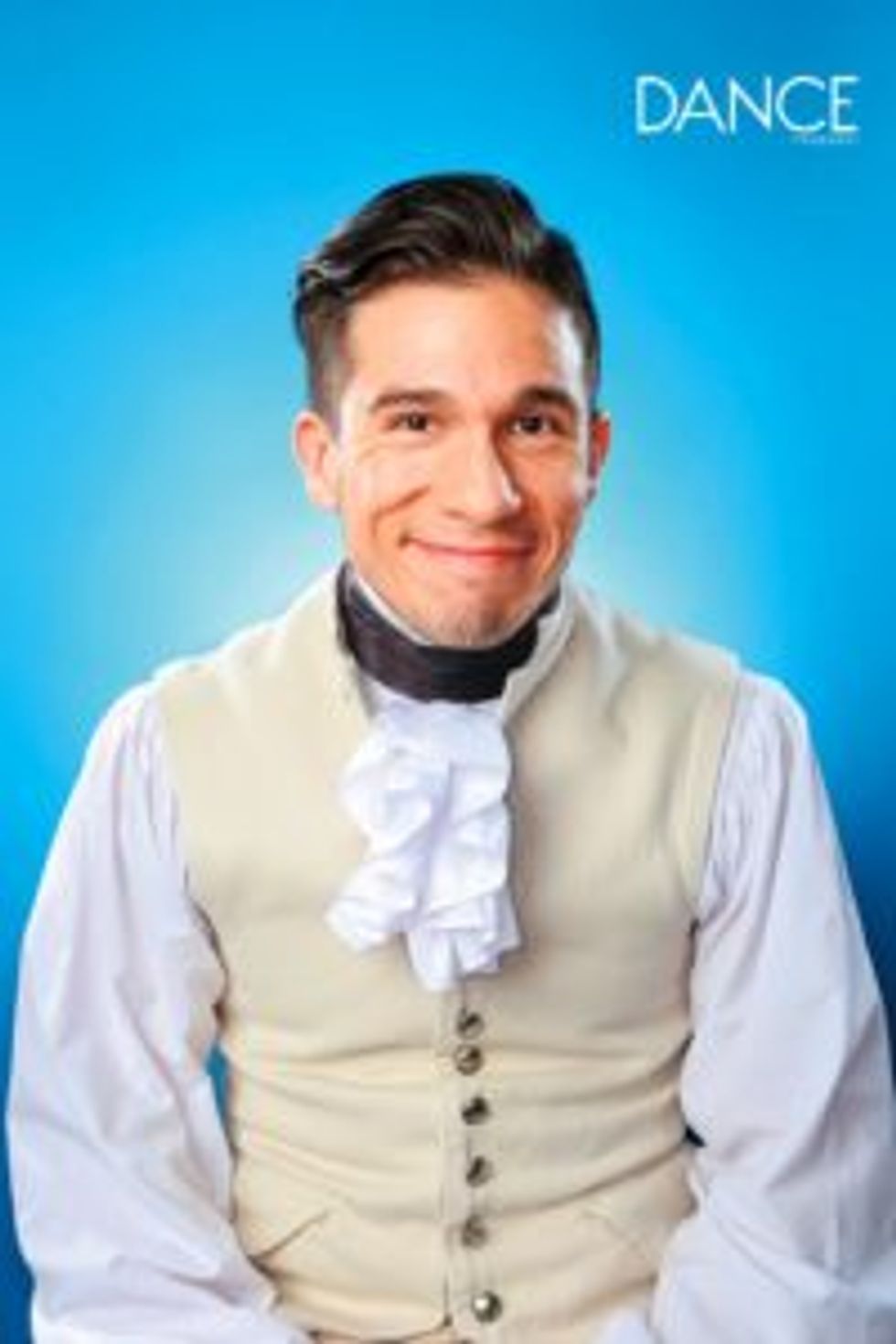 Getting to Broadway: Danced socially in college, then in the underground house dance scene in New York

Favorite moment: “The last song, ‘Who Lives, Who Dies, Who Tells Your Story.’ It’s the time I feel the story gives something to the world that they can’t describe in words.”

On the fan base: “The show is beautiful. I just didn’t know it was going to become the cultural phenomenon that it did. I’ve gotten drawings of myself, and gifts, and postcards from Australia.” On Samuel Seabury: “I’ve loved creating the role of the first Episcopal bishop of the U.S., and having a song.”

On onstage mishaps: “I love when people mess up. That’s the thing with live theater—you don’t get an exact replica every time. We do a partner slide where I slide a girl between my legs, and one time she went off tumbling down the stairs of the stage in front. I was mortified. Luckily she was fine.”

Memorable celebrity encounter: “Joe Biden came on my birthday. He was the coolest guy.” 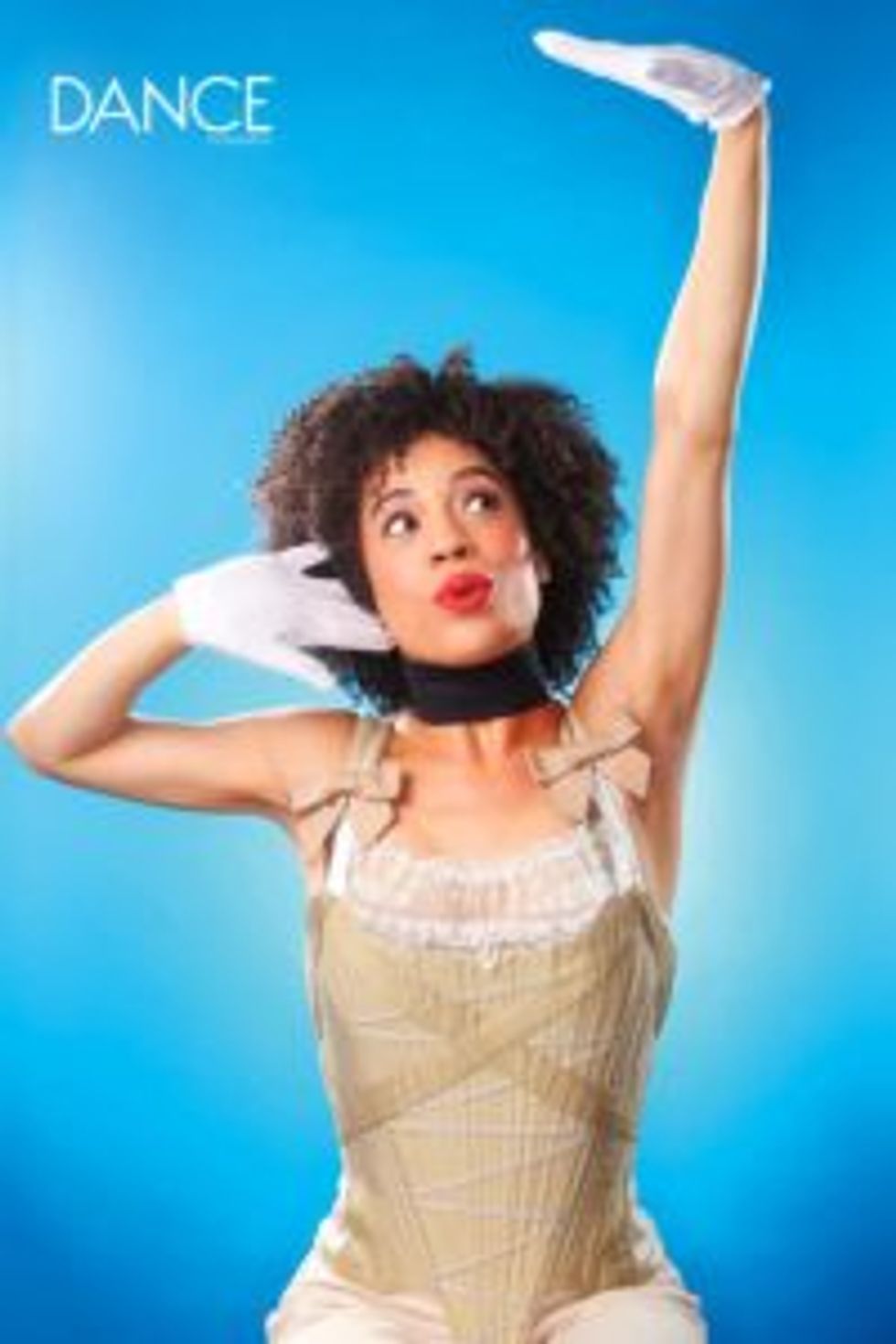 Notable ensemble role: “Twice in the show they talk about Hamilton’s dead mother, and I get lifted up, and then at the end I’m waiting for him. Andy’s created a lot of images so you can see what Hamilton is thinking about.”

Pre-show habit: “I’m always the last to get dressed. People gauge how behind they are for places by where I am in my process.”

On not wearing wigs: “Even though we’re in this very iconic time period, they combine that with who we are. We look like real people you’d see on the street.” Pre-show habit: “A group of us meet up and pray.”

Craziest fan encounter: “I had a girl ask me to sign her arm. I obliged.”

On understudying: “Burr comes more naturally to me, so it’s been rewarding to go on for Washington because it presents more of a challenge. I’m younger than both the other guys who play him, so I have to find my way into communicating the same level of conviction and authority.”

LaunchPAD and Chelsea Factory Are Reimagining How Residencies Can Serve Artists