Making It Happen: LEAPing Toward Change 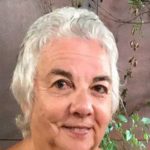 Eight years ago, former ABT soloist Kristine Elliott attended a screening of the documentary Guguletu Ballet. It told the story of Dance for All, a school in Cape Town, South Africa, founded in 1991 by former ballet dancers Philip Boyd and his late wife, Phyllis Spira. Living in a segregated country where the ranks of ballet companies were effectively closed to black dancers, Boyd and Spira wanted to change the racial landscape of concert dance in South Africa. They founded DFA to bring dance training to disenfranchised children of all races in the impoverished townships surrounding Cape Town. The early years of their project coincided with the overturn of apartheid.

“I just felt compelled to go,” says Elliott, who is based in northern California, of her reaction to the film. “I saw that DFA’s discipline and training were making a difference in these kids’ lives. This was a place where I could offer something.” In 2004, after speaking with Kristin Pichaske, the director of Guguletu Ballet, and connecting with Boyd, she traveled to Cape Town on what would be the first excursion of many as a teacher for DFA. “I’ve been going back ever since.”

Last year, when Elliott made her annual trip, she wasn’t alone. Six other teachers from the U.S. joined her, through a course she co-created at LEAP (Liberal Education for Arts Professionals), a degree program offered through St. Mary’s College of California designed for current and former professional dancers. As a result of this course, Elliott’s initial impact has expanded exponentially.

“This is exactly the way I had hoped it would be: exponential,” she says. “Because of the power of one, then it becomes six, and then more, and it keeps growing.”

Over the years, Elliott (who also teaches ballet at Stanford University) has enhanced Boyd’s already vital work with her generosity and her ties to the U.S. dance world. She has brought not only her expertise as a ballet teacher but also contemporary choreography from West Coast artists like Robert Moses, Amy Seiwert, and Richard Gibson, not to mention dance clothes, ballet shoes, and CDs for class. A graduate of LEAP herself, she had conducted independent study research on South Africa as part of her B.A. degree. LEAP founder Claire Sheridan wanted to continue supporting her work in Cape Town. So in 2010, Sheridan proposed the idea of co-teaching a summer course that would bring a small group of LEAP students to teach ballet, jazz, partnering, choreography, yoga, and repertory at DFA for two weeks in June 2011.

Of the 40 students who applied, six were selected. Among them were San Francisco Ballet soloist Garen Scribner and former Smuin Ballet dancer Olivia Ramsay. Prior to the trip, they did research to prepare for entering a community scarred by apartheid. But many surprises awaited them.

“Cape Town is very beautiful, but the racial divide is shocking,” says Ramsay. “And I wasn’t expecting a building so well-equipped for dance, or the sign that reads ‘AIDS-friendly classroom,’ or that where there is plenty of homophobia, there is no stigma whatsoever attached to boys doing ballet.”

Scribner adds, “To see a class of 15 to 20 boys enthused to learn first position or sauté is so rare. By comparison, here in the U.S., a boy studying ballet has to wear so much armor.”

While Ramsay describes herself as “a planner,” she often found herself improvising as she taught a hundred energetic students in three levels at several DFA studios, located in the suburb of Athlone and in the poorer townships of Gugulethu, Nyanga, and Khayelitsha.

Those students are dancing in the face of harsh odds. As Elliott explains, “DFA gives them a place to go, out of harm’s way, in situations where many have no parents. Most township kids don’t count on living a long life. At DFA, there are people who care about them, demand excellence, and impart the importance of taking good care of their own bodies for the sake of ballet.” Much of what developed nations provide for middle-class children goes missing in the South African townships, and what support does exist is precarious. The traditional Xhosa response to the greeting, “How are you?” is “Still alive.”

“What I loved about Garen, Olivia, and the four others who came with us,” Elliott says, “is that they had the same reaction I did when I first got there: asking ‘What can I do?’, spotting talent, making new choreography. They are so giving and brilliant with their art form.”

That spirit continued even after the course officially ended. As soon as she returned home, Ramsay went back into planning mode, working hard to arrange for one of her DFA students, 12-year-old Thembisa Selana, to travel to the U.S. That effort paid off when Selana received a visa to study in California in December. Similarly, Scribner and fellow LEAP student Alejandro Piris Niño launched a website that raised funds for Byron Klassen, 19, to audition for Ohad Naharin in New York in December, while attending classes at Complexions, ABT’s JKO School, and with Camille A. Brown.

But none of this would be happening if not for Boyd and Spira’s initial vision. “We are preparing students to become dancers in all spheres, and introducing the poorest communities to the world of ballet and theater,” says Boyd. “Education of any kind is the quickest way to slice through the deprivation of the past anywhere in the world.”