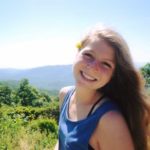 At a time when the political climate is increasingly divisive, it’s no wonder people want to compartmentalize. Some want their pirouettes separate from their politics, and can be quick to protest when dancers challenge that both on and off the stage.

Most recently, American Ballet Theatre principal Isabella Boylston was scrutinized when she shared this post on her Instagram.

Her post was met with a barrage of insults from commenters who felt she didn’t have the right to share her opinion on topics “outside of her expertise.” Unfortunately, dancers who are brave enough to share their political thoughts receive these comments all the time—so much so that former ABT dancer Sascha Radetsky wrote a whole piece about whether or not dancers should get political online.


But if we look back at some of the most captivating dancers and choreographers in history, we find that dance and activism have always been deeply intertwined:

Had Katherine Dunham not been bold enough to tackle social injustices with dance, she would’ve never created Southland, her controversial ballet that confronted the enduring racism in the South and culminated in the contentious depiction of a black man being lynched. The ballet was performed twice abroad but never made it back to the U.S. as it was labeled “anti-American.” Dunham’s later requests for funding from the U.S. State Department were all denied, but the negative response to the ballet only reinforced the necessity of its message. Dunham also shatters the idea that dancers can only be activists onstage. In 1993 she led a 47-day hunger strike to protest the U.S. deportation of Haitian immigrants. Following a performance in Kentucky, she announced to the audience that her company wouldn’t return until the theater was desegregated.

Despite the endless backlash and attempts to threaten her into silence, Dunham seized ever opportunity she had to start a conversation about political issues, even if the world wasn’t ready to have them.

Like Dunham, modern dance legend Martha Graham never shied away from commenting on politics in her pieces, as we can see in her beloved Chronicle. This 1936 work was Graham’s response to the rise of fascism in Europe and the consequences of war. That same year, she denied the Nazi’s invitation for her company to perform in the Summer Olympics Festival in Berlin.

“I would find it impossible to dance in Germany at the present time,” she wrote. “So many artists whom I respect and admire have been persecuted, have been deprived of their right to work, and for such unsatisfactory and ridiculous reasons, that I should consider it impossible to identify myself, by accepting the invitation, with the regime that has made such things possible.”

Alvin Ailey’s politics shaped the very fabric of his company. After growing up in a segregated America, Ailey was determined to create an integrated dance company. “I am trying to show the world that we are all human beings and that color is not important,” he said. “What is important is the quality of our work.”

Ailey‘s Revelations, which he created during the thick of the civil rights movement, put the African American spirit on display like no choreographer had ever done before. Had he been too fearful of making a statement, we would’ve missed out on one of the most widely celebrated modern works in history. Onstage, dancers tackle heavy topics like war, racism and immigration. So why are we surprised when they’re compelled to speak up about them offstage, too? We’re not sure why some people have decided that being a dancer means you forfeit your right to activism, but no one should be disqualified from sharing political opinions just because they can do 32 flawless fouettés in front of a packed theater.

After all, they’re just doing what dancers have always done.