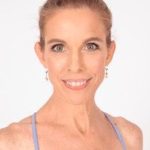 Jocelyn Vollmar was born in San Francisco, California. Her mother was an actress in silent films, before the Hollywood movie studios were developed. In those days they filmed in Hayward, California. Jocelyn had an extensive and impressive career as a ballerina.

She grew up in the West Portal district of San Francisco. The homes there were tall, classic and impressive. They exuded quality, charm and character. She began dancing with San Francisco Ballet at the age of twelve, under the direction of William Christensen. She started out performing in small roles. At the age of seventeen, she joined the company. She was well known by locals for dancing the Snow Queen in their Nutcracker in 1944.

George Balanchine invited her to dance with his company, New York City Ballet, as an original member. She also danced with American Ballet Theatre and Grand Ballet de Cuevas, (which became Grand Ballet de Monte Carlo.) She spent two years with The Borovansky Ballet, the recursor of the Australian Ballet. With them she danced leading roles in Giselle, Les Sylphides, The Nutcracker, and numerous ballet reset from the Ballet Russe’s repertoire, including Petrushka.

In 1956, Vollmar made the choice to return to her beautiful home of San Francisco. She was 31. She rejoined the prestigious San Francisco Ballet, performing with them until she was 47! She stayed slim and elegant, and even modeled for Body Wrappers with two students when she was a senior citizen. Her toned physique still looked lovely in her leotard, pink tights and chiffon ballet skirt.

After teaching and choreographing for several Bay Area ballet schools, she returned to San Francisco Ballet School to teach. She worked there for fifteen years, from 1985-2005. She taught until she was 79.

She was very devoted, determined and dedicated. I met her in my aunt’s living room when I was a thirteen year old hopeful. I was immediately struck by her classic beauty and style. She was extremely confident: an obvious leader. She gave me valuable advice on choosing the right pointe shoes. She recommended Freeds for my hard, inflexible feet. She was tactful and decisive. Her voice rang with truth, capability and experience.

She had gone to school with my aunt, who was a year ahead of her in school. Her mother played bridge with my grandmother in the fifties and sixties. She exuded star quality, and was dressed in an attractive, classy blue outfit. Her grooming and appearance were perfect. She looked like a movie star from the 1950’s, with the aura of an Old Hollywood starlet. As the saying goes, the apple doesn’t fall far from the tree. She is remembered for her generosity to dancers and her magnificent contribution to the art of ballet.

Contributions can be made in her name to The San Francisco Ballet School Scholarship Fund.